The Battle of Guilford Court House was fought on March 15, 1781, during the American Revolutionary War, at a site which is now in Greensboro, the seat of Guilford County, North Carolina. A 2,100-man British force under the command of Lieutenant General Charles Cornwallis defeated Major General Nathanael Greene’s 4,500 Americans. The British Army, however, lost a considerable number of men during the battle (with estimates as high as 27%).[10] Such heavy British casualties resulted in a strategic victory for the Americans.

The battle was “the largest and most hotly contested action”[11] in the American Revolution’s southern theater, and led to the surrender of Cornwallis at Yorktown. Before the battle, the British had great success in conquering much of Georgia and South Carolina with the aid of strong Loyalist factions, and thought that North Carolina might be within their grasp. In fact, the British were in the process of heavy recruitment in North Carolina when this battle put an end to their recruiting drive. In the wake of the battle, Greene moved into South Carolina, while Cornwallis chose to march into Virginia and attempt to link up with roughly 3,500 men under British Major General Phillips and American turncoat Benedict Arnold. These decisions allowed Greene to unravel British control of the South, while leading Cornwallis to Yorktown and eventual surrender to General George Washington and Lieutenant General Comte de Rochambeau.(SOURCE)

In remembrance of the 238th anniversary of this battle, Guilford Courthouse National Military Park features 3 days of lectures and 2 days of interactive re-enactments.

The park hosts three scholars of the American Revolution for a nightly lecture series on March 13th, 14th, and 15th. You must call (336) 288-1776 to make a reservation. Information about the lectures can be found on the Revolutionary Lecture Series page. 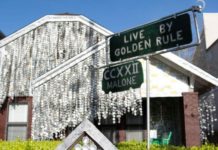 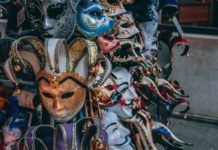 Top 7 Mardi Gras Festivals In The South For 2020

Flooding Gets Worse In South As More Severe Weather Predicted