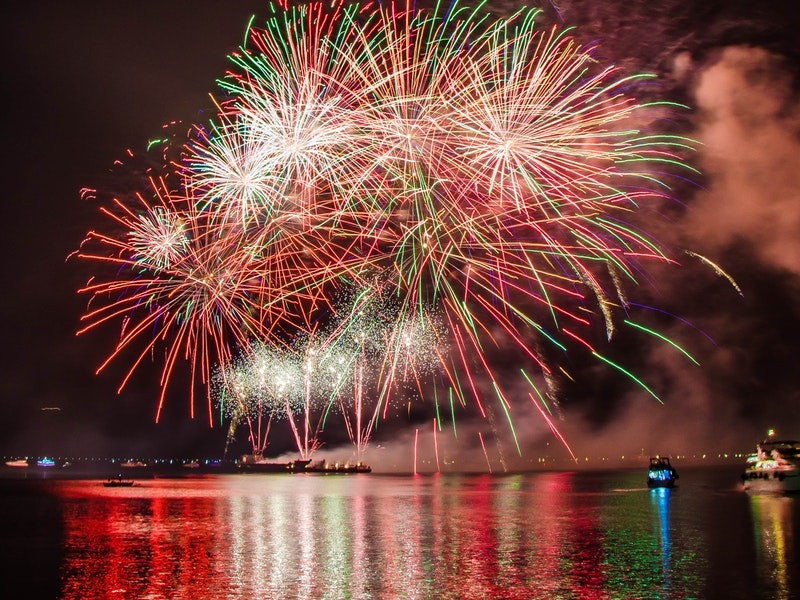 NASHVILLE – Multi-platinum chart-topper Brett Eldredge will headline Nashville’s July 4th celebration on Lower Broadway, the Nashville Convention & Visitors Corp announced today. Mac McAnally, a record breaking 10-time CMA Musician of the Year, and GRAMMY-nominated neo-soul/rock artist Jessy Wilson are part of the diverse, all Nashville-based lineup. In a new partnership, CMT will air a 90-minute live special that will include performances from Eldredge, highlights from Let Freedom Sing! and concludes with the acclaimed fireworks show.

Let Freedom Sing! Music City July 4th presented by DrPepper is a free, family-friendly event that showcases the GRAMMY-winning Nashville Symphony and one of the largest fireworks shows in the country.

Additional announcements in the coming weeks will include information about activities on Wednesday, July 3 to enhance the semifinal Gold Cup soccer match being played at Nissan Stadium that day.

“Once again, Nashville will host a world-class July 4th event, and, with Gold Cup activities on July 3, we have the potential to turn this holiday into a five-day extended weekend for locals and visitors alike to enjoy soccer, music, fireworks and so much more that Nashville offers,” said Ronnie Smith, Head of Corporate Bank, Regions Bank, who serves as chair of the NCVC board of directors. “The CMT broadcast will provide yet another opportunity to showcase this stellar celebration and our great live music to a national audience.”

The main concert stage will be located at Fifth Avenue and Broadway and will include a DJ and live music starting at noon and into the evening. Additional performances will feature the 2018 and 2019 winners of Lightning 100’s Music City Mayhem, followed by The Joe West Band and country artist Dylan Scott.

After the concert, the event will shift to the Cumberland Riverfront with a firework show synchronized to a live performance by the Nashville Symphony. The program at Ascend Amphitheater will start around 9:30 p.m. and conclude with a 30-minute pyrotechnics show. The program will feature patriotic recitations from Barry Scott.

The Independence Day celebration will include a Family Fun Zone, with inflatables and other kid-friendly activities, from noon to 5 p.m. at Music City Walk of Fame Park.

Eldredge is a platinum-selling singer/songwriter. His current hit “Love Someone” is Top 20 at Country radio and is the third single from his self-titled record, which debuted at No. 1 on the Billboard Country Albums chart and the all-genre Top Albums Sales chart. McAnally is a member of the Nashville Songwriters Hall of Fame, Mississippi Musicians Hall of Fame and Alabama Music Hall of Fame. Wilson has toured with Alicia Keys and written with John Legend and her first release as a solo artist, Phase, was written and recorded with producer Patrick Carney—drummer for the Nashville-based Black Keys.

Let Freedom Sing! Music City July 4th package experiences are available for purchase. Packages include a minimum of 1-night stay at a participating hotel and a July 4th Fun Pack, which includes the following for each member in a package reservation: Commemorative July 4th event t-shirt, event koozie, hand-held American flag, patriotic folding hand fan, and a Nashville cinch bag to carry your items around. Visitors also have the option to add a Music Note hat(s) to their package – choose either navy blue or red! To make this experience more convenient, the July 4th Fun Packs will be delivered the hotels. To book this package or if you have questions, please call 1-800-657-6910 or book online.

Brett Eldredge
Platinum-selling singer/songwriter Brett Eldredge has established himself as one of country music’s smoothest-singing vocal powerhouses, biggest radio heavy-hitters and most entertaining, arena-packing showmen. His current hit “Love Someone” is Top 20 at country radio and is the third single from his self-titled record, which debuted at No. 1 on the Billboard Country Albums chart and the all-genre Top Albums Sales chart. The record has yielded Gold-certified hits “Somethin’ I’m Good At” and most recently “The Long Way.” The latter tune lends its name to his critically acclaimed and first ever sold-out headlining tour. Eldredge’s live shows feature his six chart-topping, Gold and Platinum-certified singles spanning three albums. The Paris, IL native released his Christmas record Glow in October 2016 and earned an additional No. 1 song on the Holiday Music and Adult Contemporary charts with “Baby It’s Cold Outside,” a duet alongside GRAMMY-winner Meghan Trainor.The deluxe edition, featuring five brand new evergreen tracks, was released in October 2018. bretteldredge.com

Mac McAnally
A record breaking 10-time CMA Musician of the Year, Mac McAnally is a member of the Nashville Songwriters Hall of Fame, Mississippi Musicians Hall of Fame and Alabama Music Hall of Fame. The renowned songwriter, singer and instrumental virtuoso has authored dozens of hit records for other artists, several of which peaked at No. 1. His own recording career began with a debut hit single “It’s A Crazy World” (1977) and continued most recently with this 14th album release Southbound (2017), an ambitious orchestral adaptation of many of his best-known songs. He has written hits for Alabama, Jimmy Buffett, Kenny Chesney, and Sawyer Brown and has studio credits that include albums by Toby Keith, Linda Ronstadt, George Strait, Dolly Parton, Brad Paisley and Amy Grant, among others. macmcanally.com

Jessy Wilson
Years before she toured the world alongside Alicia Keys, wrote songs with John Legend, belted the Southern rhythm and blues with Muddy Magnolias and kicked off a solo career with 2019’s Phase, Jessy Wilson grew up in Brooklyn, listening to the diverse sounds that filled her family’s apartment. Those influences come together on Phase, the GRAMMY-nominated songwriter’s first release as a solo artist. Written and recorded with producer Patrick Carney—drummer for the Black Keys—Phase brews up its own storm of soulful sound. Gritty and progressive, Phase reintroduces Jessy Wilson as never heard her before: undiluted, unaccompanied and unleashed. jessy-wilson.com

Dylan Scott
It’s a long way from the outskirts of Bastrop, LA to the No. 1 spot at Country radio, each mile marked by passion, perseverance, and sweat. Scott’s romantic platinum-certified hit “My Girl” went to No. 1 and his gold-certified “Hooked” was a Top 5 smash. His new album is Dylan Scott Deluxe Edition, which includes three powerful new tracks to join the original album’s 13 songs. Born into a musical family, Scott’s father played guitar for stars like Freddy Fender and Freddie Hart. By the time Scott arrived in Nashville to start chasing his own dreams, he was still only in high school, but his drive was obvious for all to see. Scott’s self-titled album debut landed at No. 5 on Billboard’s Country Albums chart, helping him gather over 535 million on-demand streams and 4 million stream equivalent songs in the process. He made a triumphant Grand Ole Opry debut and launched a headlining tour, selling out some of the nation’s biggest clubs for crowds of over 3,000. dylanscottcountry.com 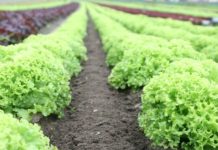 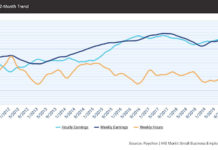 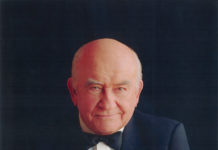