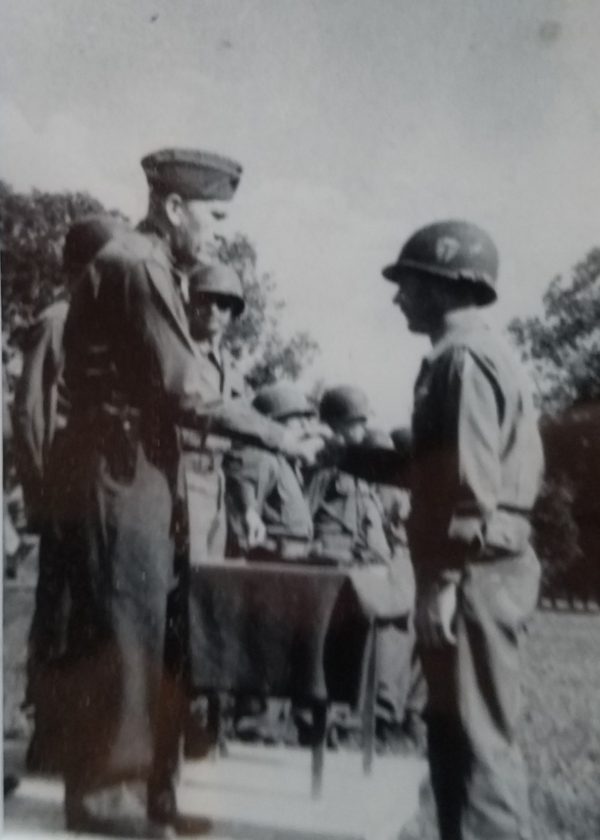 My maternal grandfather, Leon Bonner, Jr., was a musician who came from a family of
musicians. He never learned to read music, yet he played the saxophone well enough by ear to be invited to play in several bands during his lifetime. He was movie-star handsome; many people remarked on his uncanny resemblance to Errol Flynn. My grandmother was always worried that his chiseled jaw line and good looks would cause trouble in their marriage and swore that once a woman left an admiring and suggestive letter to him in their mailbox. She needn’t have worried, as he had eyes only for her. Tall and rangy, I remember him preparing pancake breakfasts for my sister and me, scraping the crumbs from toast into my tomato soup and screaming for the two of us to come down out of the tall tree we’d climbed in his yard. My Mother said he regularly washed my cloth diapers and once sprinted over the hot sand to pull me out of the surf as a toddler. He was the grandson of German immigrants and was nicknamed “Sunny” as a boy.

When his only brother, George Kamps Bonner, was killed at the age of 23 in a car
accident, he flung down his saxophone and cried, vowing to never play it again. He was, by
turns, a seafood dealer and a night watchman at a prestigious hotel, who once was tied up and made at gunpoint to open the safe, yet somehow convinced the burglar to give him back his glasses so he could see.

He died of a heart attack in his sleep at the age of 60, just shy of my 12th birthday, and I
consider this an “anchor moment” in my life. When I was very young, I remember him once telling me that he’d fought in World War II and that an 18-year-old soldier next to him in a foxhole kept jumping up. My grandfather warned him repeatedly to stay down but it did no good; he soon was shot and killed by sniper fire. This is the only time I ever heard him speak of his time in the war.

He also loved children very much and my Grandmother told us that, during his time in
the European theater, while in Germany, he’d give small German children candy, prompting
them to run toward him whenever they spotted him, yelling “Schokolade, schokolade!”

Once,out of the blue, my Mother received a package containing a lovely pearl necklace and matching bracelet. It was from a German woman who had once been one of those little children that he’d given chocolates to so long ago. She had somehow tracked down my Mother’s address so that she could thank her for the kindness he’d shown her during the late stages of the War.

Not long after his untimely death, I learned that he was a decorated warrior. I loved him
no less for this. Eerily, before his death, he instructed my Grandmother that under no
circumstances would he ever want any sort of military funeral, no flag-draped casket, no
recognition of any kind. It was then that I found out that he’d been awarded the Silver Star, the Army’s third-ranking combat award, for gallantry in action. Drafted late in the conflict at the age of 33, he entered the Army when the country was in desperate need of more soldiers.

The citation reads, “On March 15, 1945, the 2nd Platoon received the mission of passing
through the position of another friendly unit which had been halted in its advance by heavy
machine gunfire. After advancing 50 yards further, the men were pinned down by fire from the same enemy weapon. Private First Class Bonner volunteered for the hazardous mission of destroying the hostile machine gun. As two comrades delivered covering rifle fire, he dashed from tree to tree and crawled along the ground until close to the enemy’s position. Then, quickly rushing the position in the face of the enemy fire, he killed the two Germans manning the gun and put their weapon out of action. Private First Class Bonner’s courageous and aggressive act enabled the members of his platoon to continue their advance.” 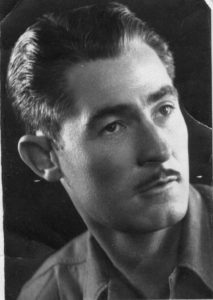 As completely unbelievable as it was to me that my gentle and sensitive Grandfather
could do something as bold and fearless as this, in later years, I inherited a letter written by his aunt to his younger sister in June of 1945, expressing her shock for the same reasons. A passage from her letter reads, “I passed Mrs. Rice’s house coming home from Sunday School and she called out to me, ‘So you have a hero in the family, that is nice.’” Not having read the paper the previous day describing his award, she didn’t know what her neighbor was talking about. Upon arriving home in tears, that same day, she received a letter from my Grandfather, informing her of the award. Another passage from her emotional letter reads, “How did he keep it such a secret? Three months! I keep wondering what I was doing, at the time he was out there alone. I have prayed night and day that God be with him and Gil, right by their side, especially, and I know He was, nothing else could have spared him and it was for a purpose…we are very proud — still can’t reconcile it somehow — Sunny hated war so much and did not have any fight whatsoever about him. I wonder if he did it with a hand-grenade, he had to know what he was doing and throw correctly or they would get him. God was by his side, the only way I can figure it.”

Fifty years have passed since he died and I am now older than he lived to be. Scarcely
a single day goes by that I don’t think of him and how much I miss him. The war took a heavy toll on him, as it has countless other veterans over the centuries. The term “Post-traumatic stress syndrome” hadn’t yet been invented in 1970, yet I knew he had it, since he suffered from alcoholism. There is a small town in Germany called “Nordhorn” that his grandparents came from. There is a statue there that honors one of his ancestors and I hope to visit it someday and to reflect on how it must surely have tormented him to kill people, even if it was in the name of freedom.

Katherine (“Kim”) Onder is a lifelong Virginia resident, originally from the Tidewater area.  She is the chief storyteller and custodian of her family’s history.  Kim is the married mother of an adult son and daughter and lives on a farm in the heart of Virginia She is a graduate of The University of Richmond and a retired real estate paralegal. More by Kim