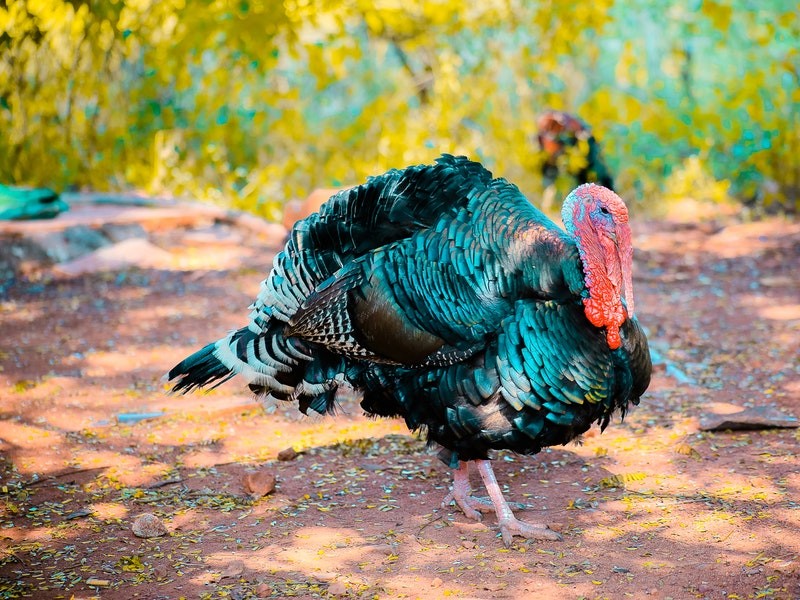 We hurried through the calm timber, weaving and ducking through thickets. It seemed as if we were planning out a murder in an attempt to cover up every bit of evidence we left behind. After trekking almost half a mile into a deep hollow, we set out a life-like turkey decoy in the middle of the woods. After placing the decoy, Dalton and I grinned at each other with a look of satisfaction covering our cold, red faces.

Before the crack of dawn the next day, we pick up our friend Cody, who had never hunted a day in his life, and began our way to the turkey woods. Dalton and I, being the caring friends we were, decided to take him on his first turkey hunt, hoping it may spark an interest that would stay with him forever. As we drove down the empty highway, still half asleep, Dalton and I began explaining to him what we planned on doing once we got into the woods. Once we arrived and started down the midnight black logging trail, we stopped and sat down waiting for the sun to peek through the trees. Cody sat down on a stump, pulled out his phone, and began pecking at the screen, and all of a sudden, we heard him say, “Shine your flashlight on my leg. It feels like something is crawling on me.”

As soon as the yellow light hit his leg, I saw red fire ants marching all over him. Once he realized that it would take him hours to kill all of the ants, he began stripping down while slapping his legs and trying to kill the tiny, but powerful ants. Before we knew it, Cody’s clothes were gone, and he was standing in the middle of the woods in underwear.

Birds began to chirp as the woods came to life, and Cody finally calmed himself down after his traumatic encounter with the ants. We all stood up and began to creep through the dim woods toward the place where Cody thought the turkeys were roosted. We stepped though the sand ditch with water pouring in our boots. We had almost made it across when I heard leaves slide across the wet ditch bank. Cody slipped down and managed to fall backwards into the cold water flowing down the ditch. There was a moment of silence in the woodland, and then, we hear Cody take in a deep breath and say, “Maybe this water will drown all these ants on me.” We could not help but laugh, but on the inside, we felt a small bit of sorrow knowing what was in store for him next.

We finally made it to the open spot in the woods where the turkey decoy was, and Cody saw it. We began to army crawl through the trees trying to get close enough to the turkey to make a shot. Next, I hand Cody the gun and tell him to aim on its head and shoot when he feels comfortable. He shot, and the turkey did not move an inch. Dalton then told him he missed, and he needed to quickly shoot again. Cody ended up shooting at the decoy three times before realizing that the turkey was artificial.

Cody looked down at the ground and stared for about thirty seconds, trying to take in what had just happened. The next words that came out of his mouth were, “Y’all don’t have to ever worry about me coming hunting again. I would rather still be asleep.” Dalton and I thought it was hysterical watching him react to the turkey not moving after three twelve-gauge rounds to its head. Cody, on the other hand, was mad almost to the point of disowning us.

Bailey Kirk makes his home in Western Tennessee, where he enjoys hunting with family and friends. He spends a great deal of his time working on their family farm.