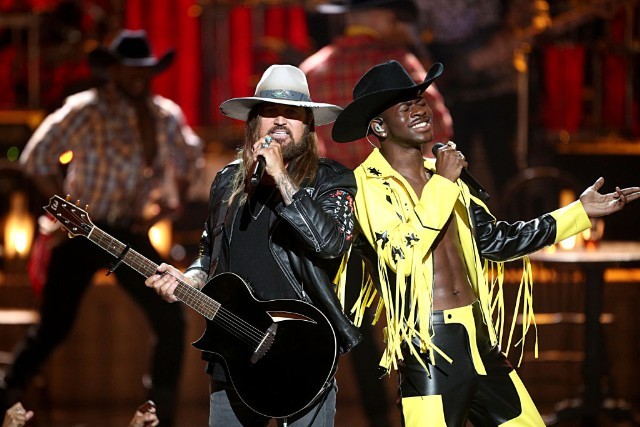 Craig Morgan has released his first new music in over three years today, sharing “The Father, My Son, And The Holy Ghost” written in memory of his son, Jerry.  Written, produced and released solely by Craig, the intimate and emotional song relates the grief, faith and hope he and his family have shared in the three years since Jerry’s passing. “As difficult as this song was to write and as difficult as it is to sing, it gives me strength in my faith in God,” shared Craig. “My hope is it does the same for others.”  A multi-faceted entertainer, Craig Morgan is a country music icon, TV personality, celebrated outdoorsman and patriotic Army veteran. One of country music’s best-loved artists, Morgan has charted 25 songs on Billboard including “Bonfire,” Almost Home,” “Redneck Yacht Club,” “International Harvester,” “This Ole Boy,” “Wake Up Loving You,” and the four week #1, “That’s What I Love About Sunday.” Link to the new song at https://www.craigmorgan.com/welcome

Billy Ray Cyrus is on a roll and is making room on the trophy shelf. After taking home two MTV VMA Moonmen for Song of the Year and Best Direction for Lil Nas X’s “Old Town Road (Remix, featuring Cyrus),” Cyrus learned that he’s nominated in the Musical Event of the Year category with Lil Nas X during the 53rd CMA Awards, being held on November 13 on ABC.  “It’s crazy. It’s like the twilight zone of my life. I flew home from New York, put my Moonmen on the shelf and laid down for a solid 8 hours. I wake up and learn I’m nominated in the Country Music Association’s Musical Event of the Year on a song eliminated by Billboard critics for not ’embracing enough elements of today’s country music,’ ” said Cyrus. Cyrus and Lil Nas X went on to shatter Billboard Hot 100 all-genre records as the longest-running No. 1 for 19 consecutive weeks.  This fall, Cyrus is focused on his new single, “Chevys and Fords,” with fellow BBR Music Group/BMG recording artist Johnny McGuire.

CJ Solar continues to be on cloud nine after receiving news he will make his Grand Ole Opry debut on Saturday, September 7. He was 12 years old, when he and his family attended the Opry while on a vacation in Nashville. Dierks Bentley, Brad Paisley and Blake Shelton performed on the show, and CJ decided that very night he wanted to move to Nashville to be a country artist.  Plans are to perform his new single, “Coming My Way,” which was released to Country radio on August 27, 2019. The single will be the title track to his upcoming third EP.  CJ and his band had a scare when their van and trailer were involved in a crash as they headed to Morgantown, West Virginia to open for Hank Williams, Jr. at the Wild & Wonderful Country Fest. In heavy rain, a passing car hydroplaned and struck CJ’s vehicle. Both vehicles sustained damage but thankfully nobody was injured and CJ was able to continue on safely to the gig.   The single will be the title track to his upcoming third EP.  Tour updates and news at www.CJSolar.com

QUESTION: Which  female vocalist took “Mississippi Girl” to the top of the Billboard Country charts on this date in 2005?

Dustin Collins has released “I Like To Drink,” an infectious summer anthem. “I wrote this song about weekends at the lake with my buddies,” shares Collins.  “Kinda making fun of the little things they do that make it so fun. Floating, getting wild and listening to Tyler Childers on repeat!”  This is the first release since Collins’ latest album, It’s Been Awhile, debuted at No. 1 on the Billboard Heatseekers South Central Albums chart, No. 9 on the Billboard Heatseekers Albums chart, No. 21 on the Billboard Independent Albums chart and No. 25 on the Billboard Country Albums Sales chart (Hot Shot Debut). The Kentucky native will be taking his hits on the road this September with tour dates throughout New York.  Tour dates and music at https://dustincollinsmusic.com

Doyle Lawson & Quicksilver have released a new album, the group’s first on Nashville’s Billy Blue Records. Live in Prague, Czech Republic was recorded live at the beautiful Dlabacov Hall – Pyramida theatre in downtown Prague on January 26, 2019. An enthusiastic, sold-out crowd can be heard enjoying the high energy show that was captured for this new album. Packed with fourteen songs, Doyle and the band perform some of their previously recorded work, such as the hit “Little Girl,” the often requested Gospel classic “On The Sea of Life” and the ever-popular “I’ll Be True While Your Gone,” along with new arrangements of never-before recorded songs by the group, including “Living Like There’s No Tomorrow,” “Leaving On Her Mind,” and “Shenandoah Breakdown” among others. The first radio single, “Living Like There’s No Tomorrow,” was co-written by Nashville Songwriters Hall of Fame members Jim McBride and Roger Murrah, and features the lead vocal of Kentucky native Jake Vanover, the newest Quicksilver member. Details at https://www.doylelawson.com/