Rascal Flatts announced their farewell tour on Tuesday.  The band, whose first single debuted in 2000, made the surprising announcement on “CBS This Morning” saying the “Rascal Flatts Farewell: Life Is A Highway Tour” will begin in June.

Dierks Bentley has signed another record deal, kind of.  He already has a successful solo career with hits such as “Drunk On A Plane,” “Somewhere On A Beach,” “Woman, Amen” and “Living.” Now he has inked a deal with UMG Nashville for his incognito ‘90s-inspired band, Hot Country Knights. In a mullet wig and sunglasses, Dierks is the band’s lead singer Douglas “Doug” Douglason.  The band debuted at Country Radio Seminar in 2015 and has often ‘opened’ for Dierks own concerts, playing cover versions of 90s hits from artists such as Tracy Lawrence and Alan Jackson. Hot Country Knights recently made a music video featuring Travis Tritt which will be posted soon.  Meanwhile, you can see a hilarious mock interview with Dierks (as “Doug”) on the Hot Country Knights channel on YouTube

QUESTION: He was born in Mississippi on January 8, 1935, 35 minutes after his twin brother Jesse who was sadly delivered stillborn.  He failed music at school and was told he couldn’t sing, but went on to become quite famous. Who is he?

Dustin Lynch tops the Billboard Country Airplay chart for the week of Jan 11, 2020 with “Ridin’ Roads.”  It’s his seventh song to top the radio airplay charts and his second as a writer: he co-wrote “Ridin’ Roads with Ashley Gorley and Zach Crowell.  It’s the follow-up to “Good Girl,” co-written by Lynch with Andy Albert and Justin Ebach.  Both singles are from Lynch’s fourth album Tullahoma, named after the town in Tennessee where he grew up. The album is due out January 17.  Lynch will be out on the road with his Stay Country Tour, beginning January 30 in Detroit. Special guest Travis Denning opens for Lynch on most of the tour dates.  You can find tour dates and ticket info at https://www.dustinlynchmusic.com/

On Saturday (Jan. 11) John Rich (of Big & Rich) will be celebrating two years of his award-winning Redneck Riviera Whiskey and I’ve been invited to John and his now-famous Granny Rich, the inspiration for John’s ‘Granny Rich Reserve Whiskey.’  Granny Rich turns 88 years old in February and still works 40 hours a week at her alterations shop in Ashland City, Tenn. Rich describes Redneck Riviera as America’s ‘Work Hard, Play Hard’ brand that offers something for everyone who likes to rock the red, white and blue all year long.  Ten percent of profits from Rich’s Redneck Riviera Whiskey go to Folds of Honor, a non-profit that provides scholarships to children and spouses of deceased or disabled veterans.  Rich also created the Redneck Riviera Bar & BBQ on Broadway in Nashville.

Rich very smartly trademarked the phrase “Redneck Riviera” when he found nobody owned the rights to the phrase that had been in use for 50+ years. At first, his application was denied by the Trademark office as they said it was a “geographical location.” Rich countered by saying, “show it to me on a map. Tell me how to mail a letter there. Show me an address!”  Rich stated that “Redneck Riviera” is simply a state of mind not a specific location.  He was finally granted the trademark that now protects his whiskey, restaurants and all his merch.

“I Know Country” Q&A ANSWER:  That was Elvis Aaron Presley.  He failed numerous auditions and didn’t do well in talent shows, until Sam Phillips heard him sing at Sun Records in Memphis. He was inducted into the Country Music Hall of Fame in 1998. Presley died on Aug. 16, 1977.

Jan. 8, 1983    “Can’t Even Get the Blues” becomes Reba McEntire’s first No. 1 on the Hot Country Songs chart. To date, Reba has scored 24 Hot Country Songs No. 1s. The only female with more Country chart-toppers is Dolly Parton with 25.

Jan. 8, 2001    Seven years after her first No. 1, Faith Hill took home three trophies at the 2001 American Music Awards for Favorite Pop/Rock Female Artist and Favorite Female Country Artist. She also won the award for Favorite Country Album for Breathe (beating the other nominees Under the Influence from Alan Jackson and How Do You Like Me Now? by Toby Keith). 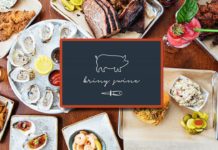 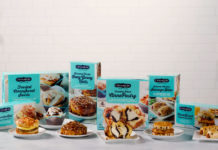 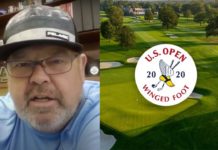