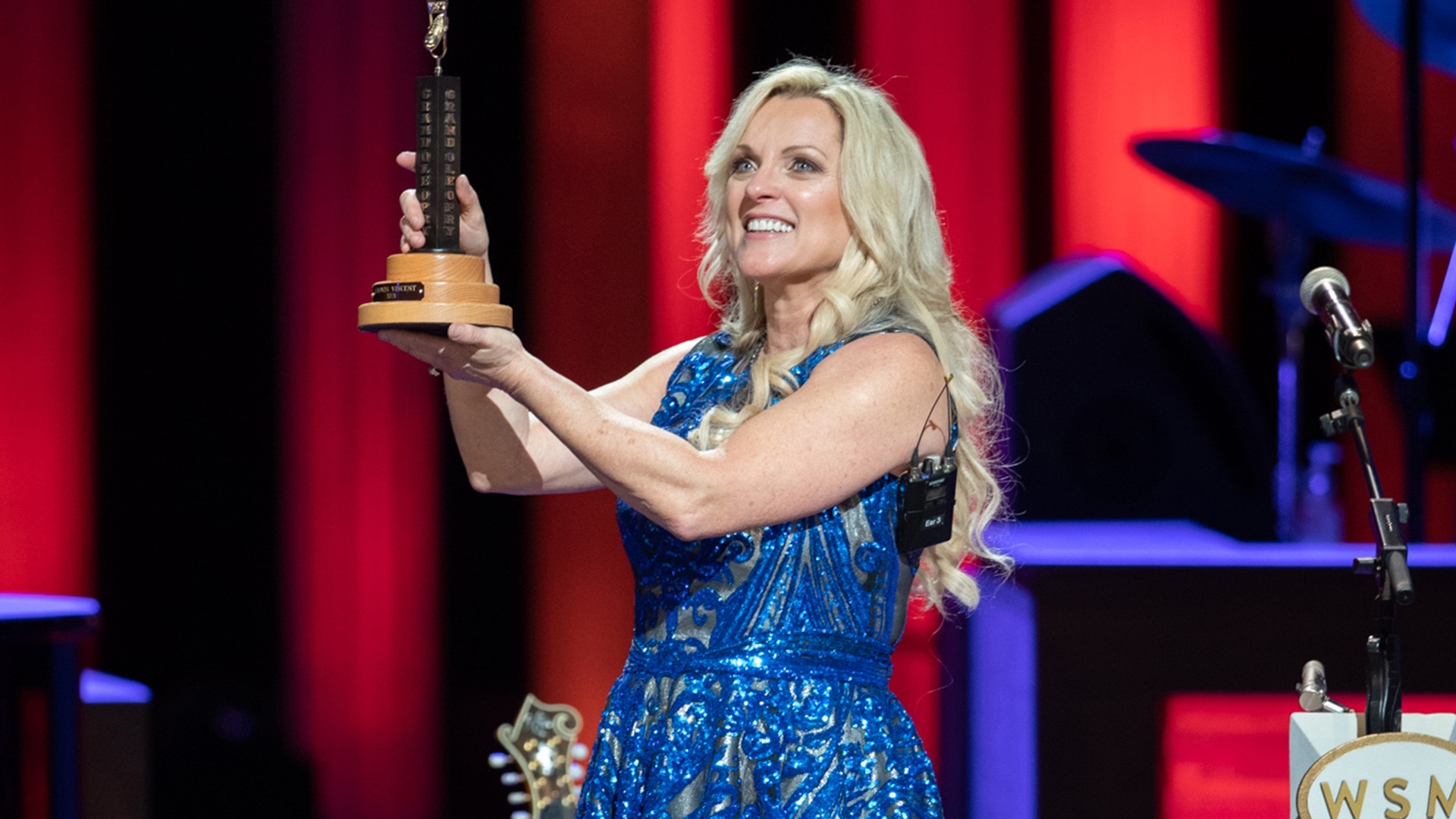 Award-winning bluegrass artist Rhonda Vincent was inducted as a member of the Grand Ole Opry on Feb. 6 by Opry member Dierks Bentley.

Vincent’s Opry invitation was actually delivered in 2020; but formal induction delayed due to the pandemic.

“It’s been 343 days, seven hours, three minutes, and five seconds,” Vincent, a native of Kirksville, Mo., said about how many days it had been since the Opry invitation came last year. “This is a night I will never forget and will cherish the rest of my life. I am proof that dreams really do come true.”

“It’s great to have the supremely talented and very patient Rhonda Vincent as an official Opry member,” said Dan Rogers, Vice President and Executive Producer, Grand Ole Opry. “She brings with her countless fans, industry respect, and heartfelt passion for keeping the Opry vibrant and entertaining for generations to come. We look forward to Rhonda spending the rest of her career with us as part of the Opry family.”

Vincent, 58, dubbed the “Queen of Bluegrass,” began her professional music career at the age of five, singing with her family’s band, the Sally Mountain Show. She held a Giant Nashville recording contract in the 1990s and released two contemporary country albums. Vincent is a seven-time Grammy nominee. Her 2016 album “All The Rage – In Concert Volume One [Live]” won “Best Bluegrass Album” at the 60th Annual Grammy Awards.