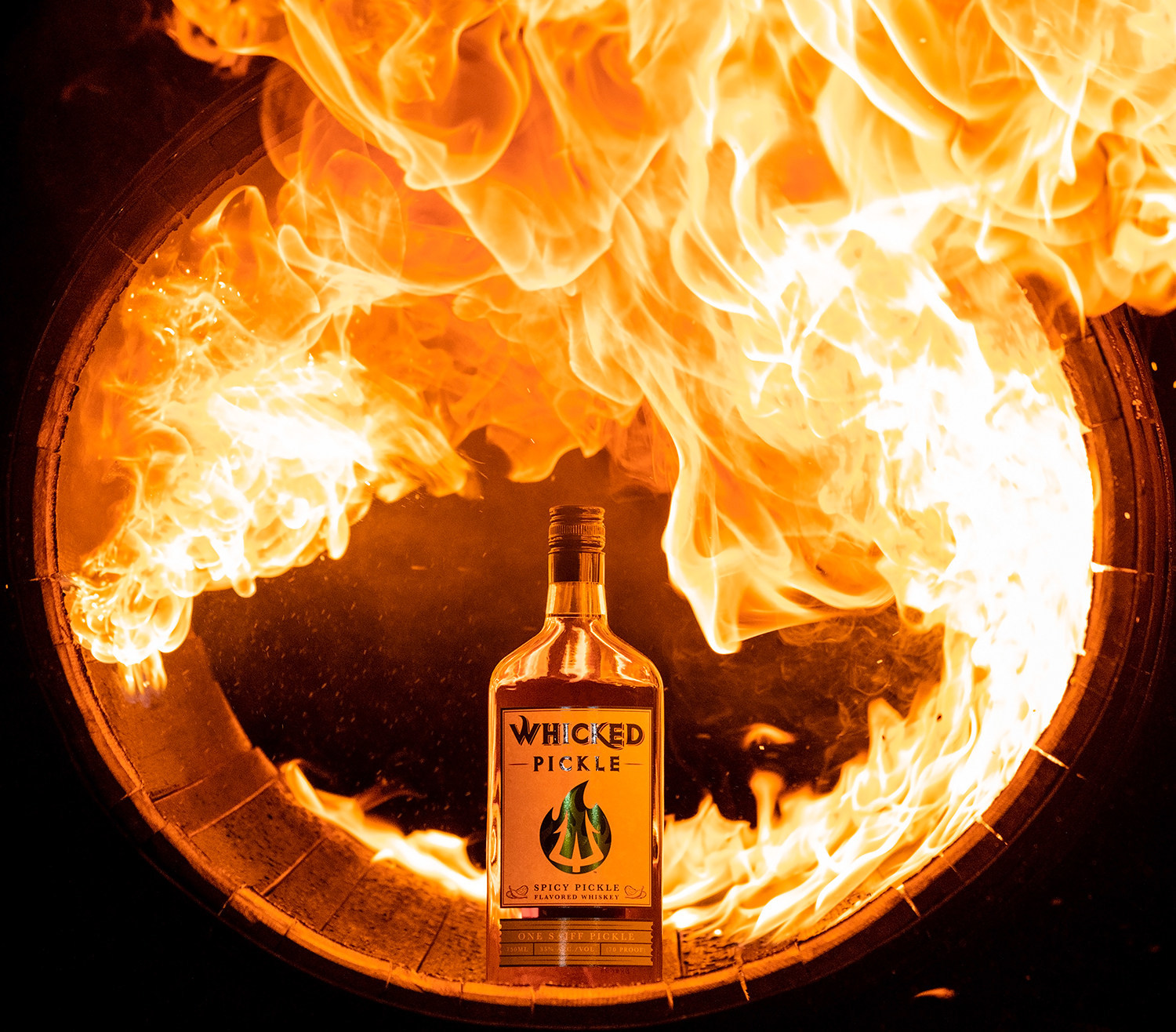 Three guys walk into a boardroom at the end of a long day. One is sipping on a whiskey neat as another opens a jar of spicy dill pickles. Their subsequent banter about the legendary pickleback shot leads to a lightbulb moment. Putting pickle-flavored whiskey in a bottle seemed as obvious as it was exciting.

The result is Whicked Pickle, the latest brand from Missouri-based Holladay Distillery. “This product went from concept to market in a matter of months,” said Patrick Fee, the company’s Vice President of Marketing. “When the pandemic caused dips in other parts of our business, it allowed us to have some fun with product development.”

Whicked Pickle is a dill pickle flavored whiskey with a peppery heat on the finish. It is best enjoyed as a shot, straight or chilled, but it also brings new life to classic cocktails as an unexpected substitution for vodka or gin. With the option of a “Whicked Mary” on the table, the average Bloody Mary bar will never be the same.

The initial product launch in October was limited to Missouri, Kansas, and Wisconsin. The response was immediate, with interest from distributors, retailers, on-premise accounts, and consumers throughout the country. The product is shipping to additional states now, with full national distribution expected in early 2021.

The historic Holladay Distillery is the oldest business in the Kansas City area, founded by the Holladay Brothers in 1856 on land first charted by Lewis & Clark on their Expedition to the West in 1804. It remains a privately-owned American company and is the oldest distillery west of the Mississippi still operating on its original site. In 2015, the company underwent a $10 million renovation of its original 1856 stillhouse and started distilling bourbon on site again for the first time in 30 years. News of its highly anticipated first bourbon release is expected early in the new year.

Holladay Distillery is known for its remarkable track record of innovation. Its brand Tequila Rose, introduced in 1996, was the first cream liqueur on the market that wasn’t an Irish cream. The company was one of the first spirits companies to use recyclable PET bottles and has been an industry leader in the reduction of waste in the production of distilled spirits. Its brand 360 Vodka was introduced in 2007 as the world’s first eco-friendly vodka and has become the “Vodka of Champions” with landmark partnerships with hometown national sports franchises including the Kansas City Chiefs. The company’s 2017 introduction of Five Farms, the world’s first farm-to-table Irish cream, was a game-changer in that category, quickly becoming the highest scoring Irish cream liqueur in history. Whicked Pickle is just the latest “first” from a company that has delivered many of them. Stay tuned to see what the distillery might do next.