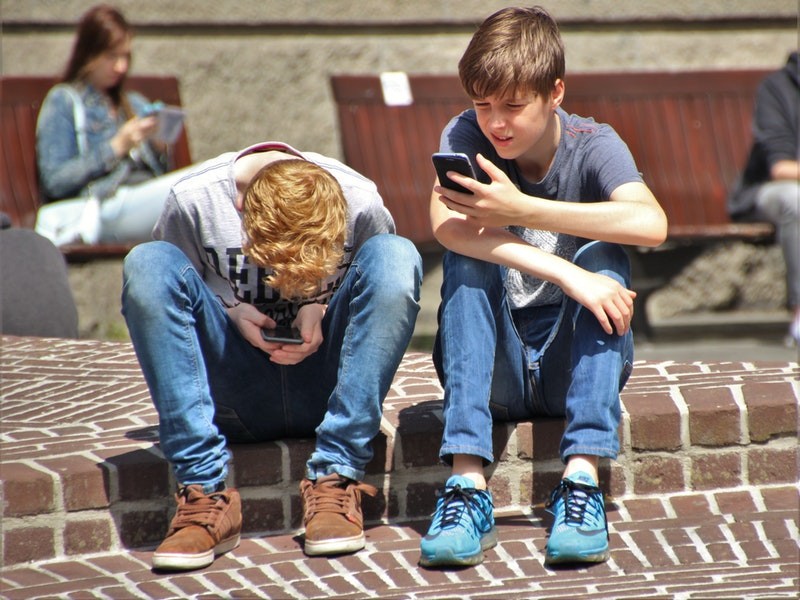 It goes without saying that every generation has its limits and triumphs, and that each generation is known for something. The kids of the 60s were known for their wild partying and infatuation with CBD products, the kids of the 70s were known for their laid back and hippy ways, the 80s kids were known for their wild hair and punk rock ways, and the 90s kids were the first to be introduced to what would pave the way for the technology foundation we have built. Millennial babies were the first born into a world where the mention of the rotary phone was followed by a question inquiring to its use and existence. But on the whole, today’s kids are not that different from the generations before them. Each had their own challenges and rewards. So how are today’s kids different than we were? It turns out, in many ways.

Whether or not it’s actually true, there’s no doubt that today’s kids seem way smarter than we did at that age. Have you talked to a six-year-old lately? It’s like their fifteen years old. And they have way cooler clothes than we did. They understand the world in a way that we couldn’t have imagined at that age. Elementary school kids are talking about politics, Presidents, and world wars. They engage in conversations about what’s going to happen to their country if President so-and-so does this or that? Not only did I have no interest in politics or what Presidents were doing, I’m not sure I even know what all that stuff was really about until I was much, much older.

They Are More Connected

While it’s true that the idea of kids being connected seems to be a hot topic of debate for many people – especially parents who like to walk around saying, “I didn’t have a cell phone when I was his age!” Yeah, no duh! There were no cell phones! Kids are growing up in a time where they are faced with incredible challenges due to online bullying and the dealings of the schoolyard at the same time. What’s more, they have underdeveloped interpersonal skills as a result. However, an interesting development is happening to kids who are well connected: they also seem to care more about one another. They are recognizing that it’s hurtful to say mean things or do things to one another so even though there are a few bad seeds ruining the whole experience for many people, in general, kids are more aware of what the dangers and benefits of being more connected than we could have ever imagined.

Kids Are Not Afraid

If you grew up in the 80s and 90s, you were probably sheltered to some degree by your parents. That’s because they grew up in the 50s and 60s and maybe even the 70s in some cases and that meant that they only have the wild and crazy eras of our lifetime to define what kids and teenagers do when their parents aren’t looking.

But today’s kids aren’t living free love lifestyles: they are turning to technology to help them understand the world. They are seeing the world through the eyes of other people and that makes them less afraid of the world at large. They can experience anything before they actually experience everything and that means when they come to a new place for the first time, it’s not actually new. Everything feels familiarly. Our parents were afraid to let us cross the street sometimes because of the hyped up fears of what they grew up experiencing.

Kids don’t have it easy – they never did. It’s helpful to remind yourself how you grew up, but stop comparing yourself to what kids are going through today. It doesn’t compare. They are on a whole other playing field than 70s, 80s, and 90s’ kids were. Find ways to support them and if you can’t, just listen to what they have to say. Because despite being super connected in today’s world, kids feel like nobody is listening to them.

Easily entertained by the simpler things in life, Evan spends most of his free time enjoying the outdoors with his Golden Retriever, Skeeter. As a freelance writer, he’s thankful for the many opportunities he’s been given to express his creativity and passion for writing. Twitter: https://twitter.com/itsEvanKaden (@itsEvanKaden)

DIY: Carving Out A Space For Young Kids

Tricks Of The Trade: Slab Houses, Leaks, Sleeving A Pipe