This year, the two-part event will begin with the turkey fry kicking off the day in the parking lot of Nashville Rescue Mission. Due to current health and safety guidelines, this year’s concert portion will be a virtual livestream event from the Wildhorse Saloon in Nashville via streaming platform, Talk Shop Live. The star-studded benefit concert will feature Tracy with special guest performers and will livestream at 7:00 pm CST, November 24.

The Benefit Concert livestream will be free to watch. Go to https://www.turkeyfry.org/ and scroll down to the link. Click ‘purchase’ and select ‘Mission Possible Concert’ to watch free of charge.

Exclusive merchandise is also available on the Talk Top Live platform where proceeds will go to feeding the homeless.

Luke Combs wasn’t ‘interesting enough’ to be on The Voice.

While he was still at college, he tried out for an audition for the show in Atlanta, GA. In a 2016 interview posted on WhiskeyRiff.com, he said he was given about 30 seconds to sing and made it to the next round where he sang in a studio and then made it to the next cut. As Luke notes, artists don’t know for maybe a few months if they’ll make it to the show. Finally, he got a letter saying he wasn’t “interesting” enough for the show’s ratings and so he wouldn’t make it to the televised show.

Looking back, Luke says that was probably true, as he was “just a college kid,” but he appreciated the experience and is actually thankful it happened that way, because it set him on a different path – writing and recording songs that really strike a chord with listeners. He is now recognized as a unique phenomenon with a string of awards and massive hit records.

The moral of the story: don’t let rejection burst your dream bubble. Use the experience as a learning moment, and keep on singing, performing writing… developing your craft.

CHRISTMAS 4 KIDS NEWS: Christmas 4 Kids is going ahead – but with a few changes due to the pandemic. Fundraising kicked off November 7 when Lindsay Ell and Mitchell Tenpenny hosted “When Pigs Fly”, an evening of fun and music to benefit Christmas 4 Kids, the organization that provides hundreds of underprivileged children in Middle Tennessee with their very own Christmas shopping spree.

On November 23, Phil Vassar & Friends host an at-home virtual concert starting at 7:00 pm/CT. Online tickets are $25.00 each and can be purchased at https://www.philvassar.com/.  Virtual meet-and-greet passes can also be purchased for an additional amount.

Due to current social distancing restrictions, the shopping spree will be done a little differently this year. Each child will still receive the $150.00 shopping spree, but the kids will provide “wish lists” to volunteers who will personally shop for them at the Hendersonville Walmart on December 7th-8th. The Christmas gifts will then be delivered to the children at their appropriate schools on December 15. Tickets, info and how you can help at https://christmas4kids.org/c4k2020/

Chris Stapleton is Starting Over

Chris Stapleton’s new album, Starting Over, is set for release Friday, November 20. But Chris had to start over more than once while creating the album.

He left his ‘comfort zone’ of RCA Studio A in 2018 and went down to Muscle Shoals Sound Studios in Alabama, only to have a power outage that blacked out the town and the studio. He told NPR that it just wasn’t working out and felt it was a sign that he needed to shut down the project and “write some more, tour some more.”

He picked up the project again in 2020 and got back to Studio A and producer Dave Cobb.  They finished the album in February, just before the Covid-19 pandemic shut down the music industry in Nashville.  He also recorded two of the tracks at Compass Sound in Nashville and retain some of the material from Muscle Shoals.

Stapleton has described the album as being like a ‘self-therapy session.’ One track, “Maggie’s Song”, is about his feelings for his beloved dog Maggie. He wrote the heartfelt song shortly after Maggie passed away.

More about Christ Stapleton and Starting Over at https://www.chrisstapleton.com/

The Kentucky native appeared on Jimmy Kimmel and did a “fake” commercial for anew album, “A Very Covid Christmas.”  Among the (not real) songs:

Again – it’s a joke, so you can’t actually buy it!

QUESTION: What is the stage name of Eilleen Regina Edwards, the artist who, for many years, held the record for the best-selling female artist in any musical genre?

However, viewership dropped by about 40% compared to last year’s broadcast, according to Variety magazine.  The CMA Awards weren’t alone: all this year’s award shows have suffered. The Oscars fell by 20%, the Billboard Music Awards, down by 55% and the ACM Awards were down by 30% compared to the previous year.  It seems TV viewers miss the excitement of seeing a ‘live’ audience at the venue.

Those who decided not to watch – or tuned out early – missed some good performances.

Entertainer of the Year: Eric Church

Album of the Year: What You See Is What You Get – Luke Combs

This Week In Country Music

“I Know Country” ANSWER: Shania Twain. She has sold over 100 million records.  She has received five Grammy awards and 27 BMI Songwriter Awards, among her many accolades.

Harris is also the author of “I Know Country” with 366 daily country music questions and answers. You can buy and instantly download your e-book copy at www.IKnowCountry.com 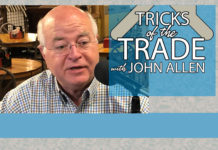