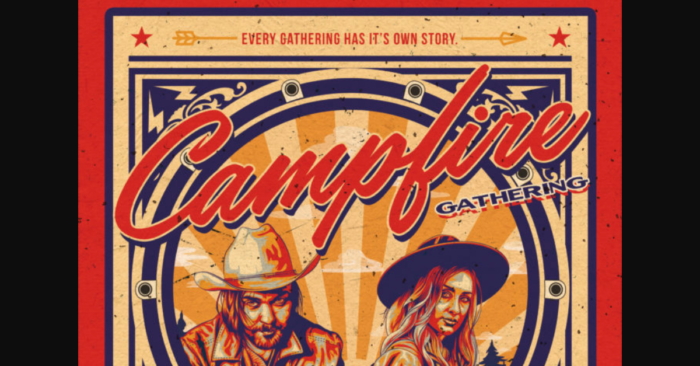 Campfire Gathering is excited to announce the daily music performance lineup for the inaugural boutique music and luxury camping festival, including eight new artist additions to complete the music lineup. Performances at Campfire Gathering will take place on the evening of Monday, March 16 and throughout the day on Tuesday, March 17 at Camp Lucy Resort in Dripping Springs, Texas, with tickets on sale now at CampfireGathering.com.

Festival attendees on both Monday and Tuesday will be treated to delectable passed bites, and overnight guests will have the exclusive opportunity to attend a special Founder’s Dinner on Monday evening and Gospel Brunch on Wednesday morning. Stay tuned as more details on Campfire Gathering’s food and beverage programming will be announced in the coming weeks.

Music performances on Tuesday will also include intimate chapel sessions, which will be curated by renowned Austin singer/songwriter/producer Bruce Robison and his creative music collective, The Next Waltz. Presented by Austin’s premier social club and private lounge The Pershing, chapel sessions will offer attendees up-close-and-personal music performances from some of their favorite artists set against the backdrop of a fully-restored 19th-century French Colonial chapel from Vietnam.

South Carolina’s Nikki Lane is set to take the chapel stage alongside other newly announced acts, including folk and roots rock band David Wax Museum, Austin-based collective Western Fidelity, who, alongside other music guests, will be performing Dreaming My Dreams, a critically-acclaimed album by Waylon Jennings, in its entirety; a performance from The Next Waltz and Bruce Robison; a set from honky-tonk rock and roller icon Joe Ely, as well as sessions from David Ramirez, Thomas Csorba, and Carson McHone. The full music lineup broken down by day is included below:

While on-site cabins are sold out, additional glamping-like lodging options, including RVs and yurts, are still available for rent. Tickets are also still available for purchase for $600 at CampfireGathering.com. These passes offer the ultimate VIP experience for each ticket-buyer, including admission to all festivities and on-site activities taking place March 16 and 17, access to the Campfire Marketplace that features offerings from numerous artisan vendors from across Texas and beyond, as well as complimentary bites throughout the event.

Campfire Gathering has also recently finalized a new philanthropic partnership with SIMS Foundation, a local nonprofit organization that provides mental health and substance use recovery services for musicians, music industry professionals, and their families to support the well-being of the Austin music community. To learn more about SIMS Foundation, please visit www.simsfoundation.org.

Stay tuned as more details surrounding Campfire Gathering will be announced in the coming weeks, including the music performance schedule with set times, food and beverage programming, on-site activities, special attendee perks, and more. To stay up to date on all major Campfire Gathering news and announcements, be sure to visit the following channels: