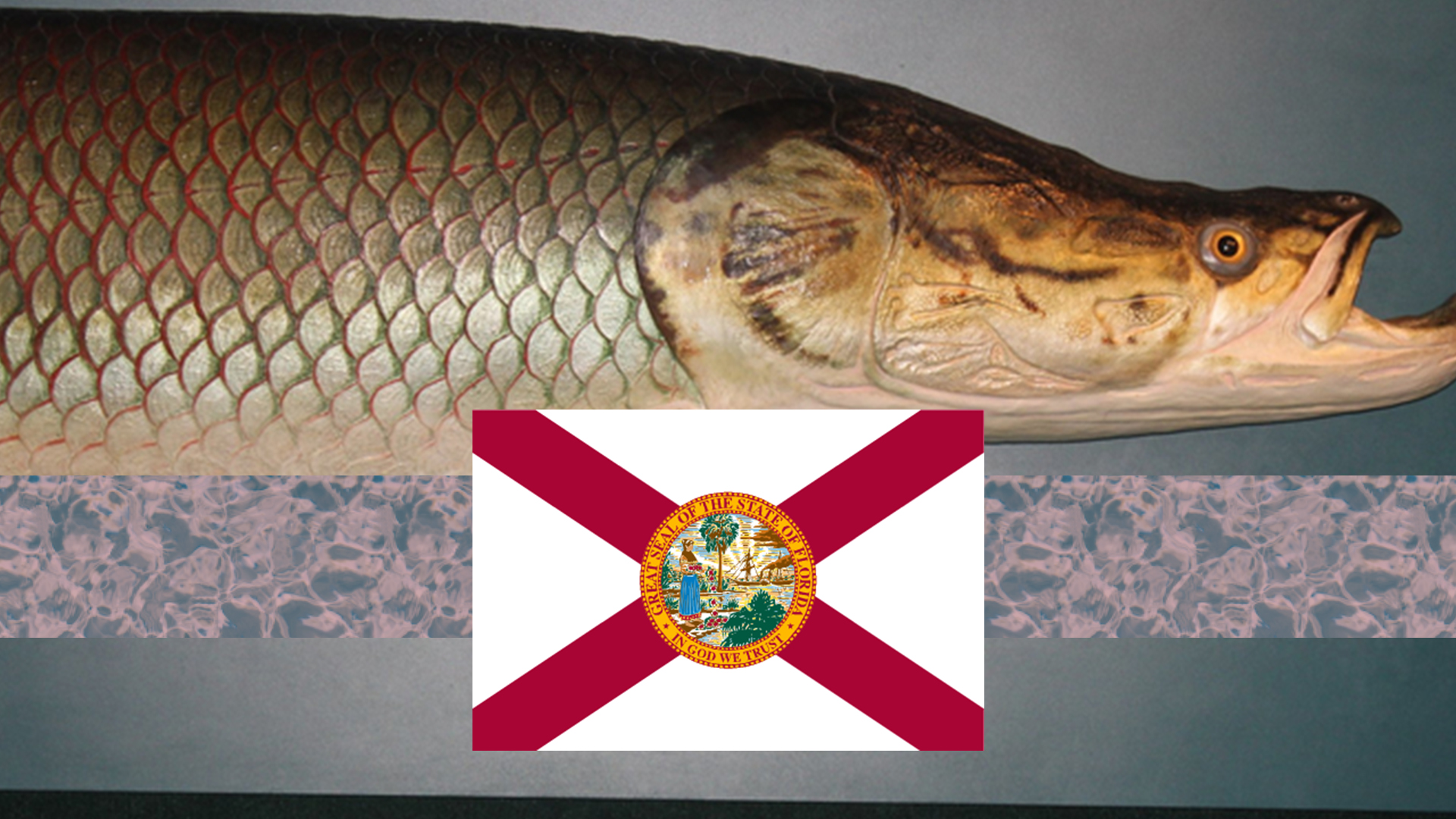 The decomposing remains of one of the world’s largest freshwater fish was just discovered off the banks of the Caloosahatchee River in Jaycee Park in Cape Coral, Fla.  The Caloosahatchee is a waterway that empties into the Gulf of Mexico in Southwest Florida’s Lee County.

The fish in question is an arapaima (Arapaima gigas), and is normally found within the Amazon River. Arapaima can grow as long as 10 feet and can weigh up to 440 pounds. Despite the fish not being the full 10 feet, the Florida Fish and Wildlife Conservation Commission confirmed to the South Florida Sun Sentinel that it was unquestionably an arapaima.

The arapaima’s appearance has raised some concern as to whether Florida might have yet another invasive species on its hands. Like many of the other invasive species in the Sunshine State – such as the Burmese python, lionfish and iguanas – the arapaima that was found was likely an exotic pet that grew too large and was illegally released into the wild.

Thankfully, arapaima are notably high-maintenance when it comes to developing a sustainable population as they only breed in specific locations and spend time actually caring for its young. The fish reach sexual maturity once they’re about 5 feet and 3 to 5 years old; so for a population to exist it needs time to mature.

The arapaima that was discovered was also likely the only one released, so Floridians needn’t worry about this monstrous fish potentially terrorizing their water ways.