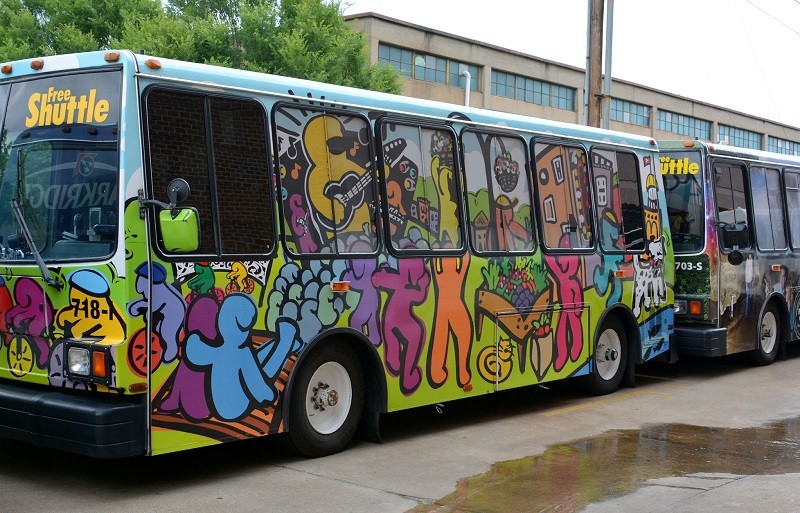 Sustainability is often associated with the state of California. And there’s a reason why: California has pushed out the most comprehensive sustainability and carbon-cutting policies in the United States.

Associating sustainability with blue, coastal governments is a mistake. Because across the country, states and cities are doing their best to combat the effects of climate change by cutting emissions and introducing new, clean policies to make their corner of the U.S. just a little bit nicer to live in.

The south is no exception. From Texas to Tennessee, city governments are hard at work making their air, water, and streets cleaner in every possible way. And they likely have lessons to offer for even the bluest-of-the-blue cities (including Portland).

One Texas Town Shows How Renewables Can Shine

Georgetown, TX, has a population of 67,000 people, and all 67,000 people use green, renewable energy. Georgetown is the largest renewable-powered city in the U.S., and it’s showing off just how well things can work.

It’s not just striking that the town is in the heart of oil and gas country. The state employs 352,371 people within the fossil fuel industry. Knowing that Dale Ross, the Georgetown Mayor and purveyor of solar-powered everything, is also a Republican, who believes in small government and low taxes, also makes the story an interesting one. But Ross’s success in his mid-size Texas city also highlights just how universal the benefits of renewable energy are.

Why? Because although the city runs exclusively on green power, the city boasts cheap electricity. According to Ross, when the diehard conservatives kick up a fuss about being ‘too green,’ he quickly reminds them that Georgetown has the lowest effective tax rate in their corner of the state. Not only is green energy providing a fossil fuel solution, it’s saving everyone money.

Don’t for a second think Georgetown is the exception rather than the rule in Texas. It’s worth remembering that Texas is in a five-way tie for first place for the most LEED-certified buildings per capita (with Oregon, New Mexico, Hawaii, New Hampshire). The LEED buildings also led Texas to be ranked 8th for sustainability with Dallas-Fort Worth-Arlington receiving an honorable mention. And in water conservation, the Brazos Valley region has won awards for reducing its water consumption by 3% despite 20% population growth. The program includes using data to determine scheduling for watering lawns and landscaping in order to save water. Watering one lawn just twice a week can save 750-1000 gallons of water.

In 1969, the Department of Health, Education and Welfare (which predated the EPA) declared Chattanooga the most polluted city not just in the state of Tennessee but in the whole of the United States. Why? Testing revealed that the air quality in the city left much to be desired.  A combination of heavy industry, a lack of regulation, and the city’s topography meant Chattanooga had the highest level of particulates and toxic substances in the local air.

Being labeled “dirty” didn’t sit well with residents, who began the push for a better quality of life and a better reputation. Although the first major breakthrough didn’t arrive until 22 years later in 1992, it signaled the possibility for change, even in industrial cities. Engine idling is a huge contributor to pollution, so the city first tackled pollution in the downtown area by offering free electric shuttle busses, which serve 1 million passengers each year and dramatically improve air pollution in the area. Chattanooga was also an early adopter of bike-sharing schemes, which was a significant undertaking for a mid-size American city. A new car share program featuring solely electric cars (powered by solar power generation sites) rolled out in 2017.

What’s important to note about Chattanooga is that it isn’t using electric cars or bikes as a Band-Aid. It also decommissioned all but five coal plants. The impact was huge. Chattanooga’s air quality improvement meant it became one of the top 15 most improved cities for air quality in the country by 2014. The city’s Office of Sustainability is also hard at work on many other projects, some of which (Greenlight, Better Buildings Challenge) are unique.

Raleigh’s place as an environmental pioneer should come as a surprise to no one due to its place in the research triangle. What’s incredible about Raleigh’s work is that like Chattanooga, it’s not just trying to use patch fixes to improve air quality. The city employs a three-pronged strategy that includes: Environmental Stewardship, Social Equity, and Economic Strength.

The team in Raleigh are using their sustainability projects to create jobs, improve infrastructure, and make their city an all-around better place to live. It’s been so successful that in 2011, The Brookings Institution gave it a top spot among its list of the fastest-growing clean (green) economy job growth in the largest metro areas.

Some of Raleigh’s achievements include:

Local areas also benefit from the same push for sustainability. Not far from the Triangle lies Briar Chapel, an enormous green community that continues to win awards for both sustainability and planning ten years after it first opened.

While studies show that the South as a whole is not yet committed to sustainability, these cities show that engagement starts at the local level. It starts with youth activists, concerned communities, and local politicians all deciding to make a difference in some way. Sustainability is making southern cities better — and we’re just getting started.