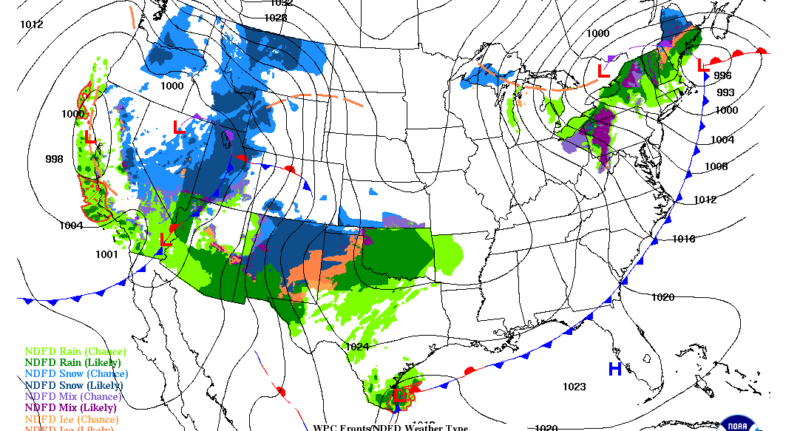 Valid 12Z Wed Nov 27 2019 – 12Z Fri Nov 29 2019 …Two big storm systems to affect the U.S. this week… An extremely active weather pattern is in place across much of the U.S. with two large storm systems making weather headlines this week. The first storm will be a strong surface low tracking eastward across the Great Lakes on Wednesday and then towards New England by Wednesday night. Given the tight pressure gradient with this low pressure system, very windy conditions are likely across much of the Midwest and Ohio Valley region where winds could gust in excess of 50 mph at times. High wind warnings are in effect from the greater Kansas City area to western Ohio, and wind advisories farther south from Arkansas to the Mid-Atlantic region. To the north of the surface low will be a swath of moderate to heavy snow across the Upper Midwest on Wednesday where winter storm warnings are in effect. Severe travel disruptions are likely for these areas. Another storm that will be highly impactful across the western U.S. reached the Oregon Coast Tuesday evening as a low pressure record setter for the month of November, with a central pressure near 970 mb! It is now beginning to gradually weaken as it moves inland towards the Great Basin. The Sierra Nevada mountains are likely to get hammered with blizzard conditions, and heavy snow is also expected towards the east to include the northern Rockies, Wasatch Range, and the San Juan Mountains of Colorado. Winter storm watches and warnings are already in effect for many of these areas with the potential for 1 to 3 feet of snow. Thanksgiving travel in these regions will also be severely affected, and local forecast offices have additional information pertaining to this. Elsewhere across the nation, showers and a few thunderstorms are forecast from the Southeast U.S. to the Mid-Atlantic and New England ahead of the cold front, with rainfall amounts approaching half an inch in some locations. Dry and mild conditions are expected to continue for Florida, and below average temperatures for much of the central and western states. 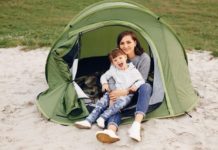 Tips For Hiking Or Camping With An Infant or Toddler 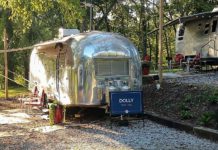 Glamping At Wildwood and Around The South- by Anne Braly 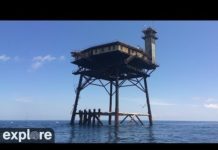