The Rock N’ Roll Highway 67 runs through the Upper Delta of Arkansas. Home to honky tonks and rock and roll bars that attracted some of the biggest names in Music in the 50s and 60s.

In 2009, sections of US Highway 67 were designated as “the Rock ‘N’ Roll Highway.” The moniker refers to the nightclubs, roadhouses and theaters that played host to up-and-coming musicians in the 1950s and 60s.

On any given weekend you could find Elvis, Conway Twitty, Fats Domino, Roy Orbison and Johnny Cash at any of the establishments along the way.

A good place to start if you wanna take the trip is Newport, Arkansas and the  Rock ‘n’ Roll Highway 67 Museum. The Rock ‘N Roll Highway 67 shot straight through Jackson County and was the main artery through Northeast Arkansas from Little Rock to the Missouri border. A short drive from Memphis, Jackson County was a natural oasis for all musical talent willing to travel for a living. Before Elvis was big, he toured 4 times in Jackson County.

Walnut Ridge, Arkansas once hosted the Beatles.And that visit is still commemorated in the town today. In fact, USA Today released a list of the 10 best places to visit in the world for Beatles history, and there, along with Abbey Road itself, was Walnut Ridge.

Dyess is a town in Mississippi County, Arkansas, United States. The town was founded as Dyess Colony in 1934 as part of the Roosevelt administration’s New Deal agricultural relief and rehabilitation program . It is the home of Johnny Cash. A visit there can find his home, still furnished as it was then and much more memorabilia. The Johnny Cash Heritage Festival is held there in October.

The Rock’n’Roll Highway 67 is a must for music fans of all genres. 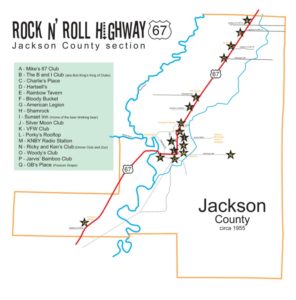 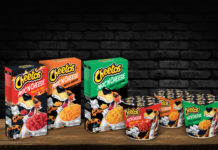