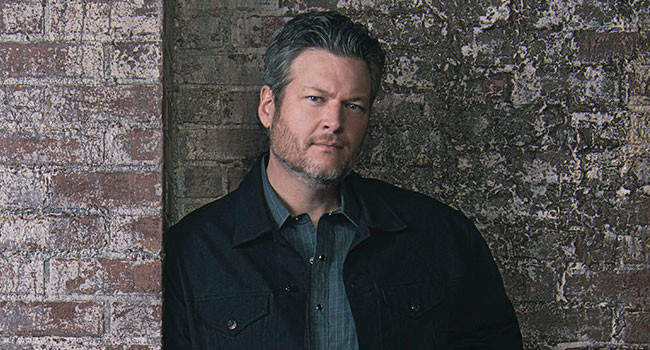 Blake Shelton’s celebrates “God’s Country” hitting No. 1 this week. The song was written by Devin Dawson, Michael Hardy and Jordan Schmidt.  The party will be held – where else?! – at Blake’s bar/restaurant, Ole Red in Nashville.

QUESTION:  Can you name the artist whose music video for “Somebody Like You” aired for the first time on this date in 2002?

When Maren Morris landed at No. 1 on Billboard’s Country Airplay chart on August 3rd, it was the first time that a solo female artist has topped the chart in well over a year. The last time it happened was Feb. 24, 2018, when Kelsea Ballerini’s “Legends” led for one week. Billboard also noted that it’s also the first time in 2019 that a woman has ruled the radio airplay-fueled chart in any fashion, including groups, duos or as a featured artist.  Female acts are having a tough time getting radio airplay.  In fact, Maren Morris’s song is the ONLY song by a female act in the current Top Ten of Billboard’s Country Airplay chart. And there are only four female acts in the entire Country Airplay Top Thirty.  Female acts complain that radio won’t play their songs, and Country radio says that labels don’t send them female songs that listeners want to hear, according to surveys.

The Country Music Hall of Fame and Museum will launch Season 2 of its Voices in the Hall podcast on Aug. 16. Season 2 includes interviews with Jimmie Allen, Kane Brown, Sam Bush, Nick Lowe and Linda Ronstadt among others. Museum Senior Director, Producer and Writer Peter Cooper hosts the series and conducts the interviews for Voices in the Hall, which presents conversations with some of country’s most fascinating and influential figures.  The podcast is available on VoicesIntheHall.org and wherever podcasts are streamed.

New song out this week from Luke Combs, and not what you might expect. “Let’s Just Be Friends” is part of The Angry Birds Movie 2, in theaters August 16.  Meanwhile, Luke is still at No. 3 on the Billboard Hot Country Songs chart with “Beer Never Broke MY Heart” and his album “This One’s For You” is still No. 1 on the Top Country Albums chart. That album is celebrating it 112th week on the album charts and has already been certified Double Platinum for sales of over half-a-million in the USA alone.  In June, he was invited to become a member of the Grand Ole Opry, a rare occurrence for an artist who has only released one full studio album.

What could be more “All Things Southern” that bourbon and music?  The World’s Largest Bourbon Festival, Bourbon & Beyond, returns to Louisville, KY Friday, September 20, Saturday, September 21, and Sunday, September 22, expanding to three days full of music, food, and the region’s best distilleries.  It will be held at the new Highland Festival Grounds At KY Expo Center.  More 45 acts will be performing over the three days and nights.  Artists include Foo Fighters, Robert Plant, the Zac Brown Band, John Fogerty, Daryl Hall & John Oates, ZZ Top. Alison Krauss, Joan Jett & The Blackhearts and many more. There are VIP packages, general admission tickets, camping hand hotel info at www.BourbonandBeyond.com.

“I Know Country” Q&A ANSWER:  Keith Urban, who co-wrote the song with John Shanks. “Somebody Like You” was the first single for Urban’s album “Golden Road.”

This day in Country Music…

Aug. 7, 1966   George Jones was No. 1 on the Country album charts for the first time with I’m A People. (Although it was George’s first No. 1 album, it was his twenty-fourth album. You can’t say he didn’t keep tryin’ til he got it right!)

Aug. 7, 1980   The Urban Cowboy soundtrack double album was No. 1 on the Billboard Country Album chart.

Preshias is also a music career development consultant with the emphasis on new and aspiring artists and songwriters. Visit www.collegeofsongology.com for more details.  Follow her blog at  www.nashvillemusicline.com