Time passed quickly reading over Kathryn’s sentences, paragraphs, and pages, and before long it was almost time for Akari’s arrival. He grabbed some Post-Its. As much as he railed against plagiarism, even expelling a student for it years ago, he would never be able to come up with lines as powerful as these. Her words had to be harvested, so he lifted some of her most fragile sentences, wrote them on various Post-Its, and shoved them into his jacket pocket.

Thom hurried now, setting the table, opening a bottle of wine, and retrieving the chicken from the oven. Garlic wafted across the kitchen, and, in time, he sliced the bird, and divvied up the dark and white meat. Then he pulled out the loot from the famers’ market and scattered the blood oranges and olive bread on a cheese board.

The sight of the box made his chest tighten. He wanted to see her face, the delicate strands of her hair that always tickled her forehead and her mole to the southeast of her lip—so he pulled out his phone and checked out her Instagram.

A new photo shined, one from minutes earlier: her and Donnie at Sage, a nearby fancy restaurant. Nice clothes, toothpaste-commercial smiles, and a hot bread basket between them. The caption read hashtag “LoveOfMyLife.”

There was Donnie—in a white shirt buttoned all the way to the top, no tie. One of his hairy hands wrapped the stem of a wine glass, while the other draped Kathryn’s fingers.

Thom rose. He started moving. He had to leave.
Pain seized his body, and he sort of sleepwalked to his car, started it, and began driving toward Sage. The trees and road signs blurred as he accelerated.
Maybe if Thom’s pain really confronted its source—and he could see her, see him, in real life—the healing process would finally begin.
The tires screamed as he whipped into the lot, and he nearly struck a pedestrian. He threw the car into Park and hopped out. Breath after breath hissed through his nostrils as he trudged to the front door of the restaurant. Christmas lights, even though it was October, hung under a green awning, and he stood in their warm glow before bringing his face to a window.
Donnie and Kathryn laughed, and Thom watched Donnie’s mouth move and move. He seemingly told a story that infatuated Kathryn. She laughed and covered her face, as she always did, with her fingers splayed over her mouth.
Love of my life, Thom thought.

He grabbed hold of the door handle, felt the cold steel against his palm, and opened the door a sliver, just enough for a bit of warmth from the dining room to funnel toward his face.
He saw them, heard them better, and stopped, unsure of what he’d do when he arrived at the table. He let go and allowed the door to fall back flush with the threshold, where it clicked softly into place.
Back in the parking lot, he spotted Donnie’s SUV. He knew it was Donnie’s because Thom had driven by Kathryn’s place a couple of times and seen the green Ford Explorer on her driveway. Inside, a bouquet of carnations rested on the passenger seat.

Thom envisioned the next few hours: they would share a dessert, leave Sage hand-in-hand, and enter the SUV. Donnie would turn up the heat and the radio, and they would laugh the laughs of a deliciously exhausting evening. Then, Donnie and Kathryn would return home, prop their feet up, have some more wine, and he would kiss her below her earlobe, her sweet spot, and she would sigh. The sigh would lead to more heavy breaths, and the rest was as predictable as sunrise.

Thom’s neck tensed. He rubbed his face and stared at his reflection in the driver’s side window, examining his puffy eyes, receding hairline, and pale skin before yanking the sleeve of his coat over his fist in one hard tug, until it wrapped his knuckles; then, in one swift motion, he slammed his hand into the driver’s-side window.
The glass didn’t break, but thousands of small cracks formed and held the window together.
Again, he punched. More cracks.
Once more.
This time it gave, and shards of all sizes poured onto driver’s seat. The sound, a breaking and giving, healed him.
Thom struck again, this time bashing one of the rear windows. He continued his work, wishing Donnie owned a limousine, so he could pummel more glass. The same smashing on every window took place, until the car looked like an abandoned building. Afterwards, he took heavy breaths and strolled the perimeter of the vehicle to inspect his work.
He stood in the cold, watching his exhales form long plumes of smoke.

“Thom Clark?” an officer said. “No charges were filed. You’re free to go. Looks like your ride is here, too.”

Akari sat on a bench near the door, and Thom walked toward her, nodded, and profusely thanked her for coming. He couldn’t believe Kathryn and Donnie had decided not to press charges, and it made him feel worse in a way, like they took pity on him instead of hating him.
“Can I take you home?” Akari asked.
“Please,” he said.
He sat in the passenger seat, listening to the radio play and the heater blow. The volume on the stereo was too low to pick up on any specifics of the music, but he thought it might be something by Bach.

“I won’t ask,” she said.
Thom nodded. He felt comfortable in Akari’s car, watching her make turn after turn, the cones of her headlights illuminating the dark road ahead and tossing light onto blackness.
She offered Thom a stick of gum, and he enjoyed the minty burst, especially after accidentally biting his cheek while punching out the windows on the SUV.

Thom shoved the gum wrapper into his jacket pocket, and his fingers encountered the edges of the Posts-Its from earlier, their pale-yellow bodies tattooed with romance. He grabbed them, lowered the passenger-side window, and opened his palm. The scraps of miserable confetti fell and fluttered into the cold night, and he tracked their dance for a few seconds in the side mirror.

After, he put the window back up, angled the heating vents toward his face, and pictured the chicken that he’d made, sitting in the center of the set table, waiting, its body no longer coiling with steam.

Mathieu Cailler is an award-winning author, whose poetry and prose have been widely featured in numerous national and international publications, including the Los Angeles Times and The Saturday Evening Post. A graduate of the Vermont College of Fine Arts, he is the winner of a Short Story America Prize and a Shakespeare Award. He is the author of the short-story collection, Loss Angeles (Short Story America Press), which has been honored by the Hollywood, New York, London, Paris, Best Book, and International Book Awards; the poetry collection, May I Have This Dance? (About Editions), winner of the 2017 New England Book Festival Poetry Prize; and the children’s book, The (Underappreciated) Life of Humphrey Hawley (About Editions), which has been nominated for the Caldecott Medal and the Newbery Award, among other notable prizes. 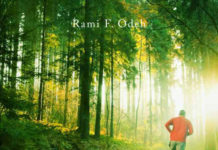 What Is More Stressful: Reading or Watching The News? 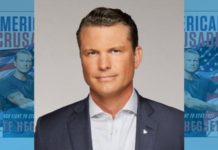