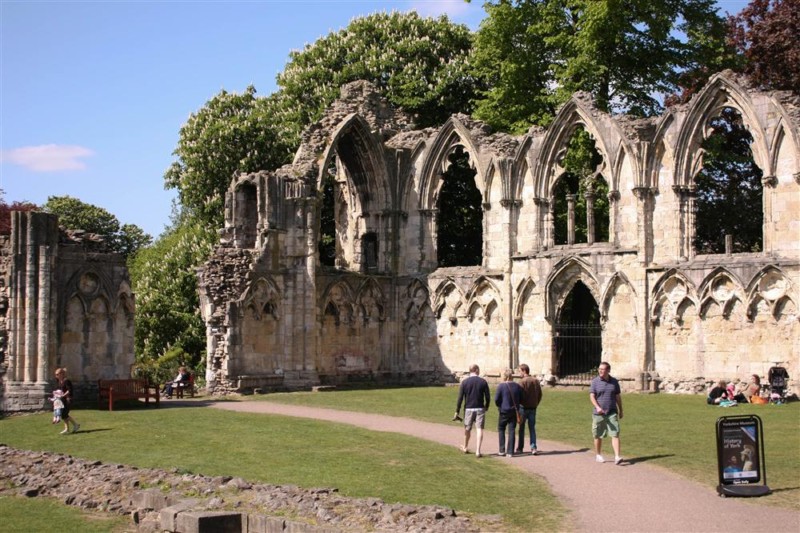 If you’ve always been fascinated by the strange and the paranormal, why not go on a ghost tour? For city breaks with a difference, these are offered in cities throughout the UK and you’ll get to find out more about local myths and urban legends in an experience that is sure to provide lots of thrills!

York is commonly regarded as one of the most haunted places in the UK and you’ll be able to find out why when going on one of the numerous tours run by Equity-accredited professional actors that concentrate on all things ghoulish and the ghastly in the Yorkshire city.

Booking an excursion with The Ghost Creeper sees you set off from St Mary’s Square – outside the Jorvik Viking center – where you will be guided around York’s spooky sights and medieval buildings and be told tales about ghosts and gruesome murders. Running every night from July 1st to Halloween, prices are £5 for adults and £3 for children, students, and senior citizens.

There is a range of other ghost tours you can book onto, but make sure you stop by All Saints Church. A spirit of a young long-haired girl is said to be seen here, with the apparition reported to have stood by the door to welcome funeral processions.

Meanwhile, the infamous Grey Lady is known for tickling the necks of people sitting in the Theatre Royal’s dress circle area ever since she died in the building following an illicit love affair, so stopping here may mean you get to meet her yourself!

For more spooky entertainment visit York Dungeon and the cellar of the Treasurer’s House. At the latter, a plumber is believed to have once seen a legion of Roman soldiers who were only visible from the knee upwards.

Booking a ghost tour in Bath can prove to be an equally thrilling experience, with Ghost Walks of Bath running excursions every Thursday, Friday and Saturday night. Starting at 20:00 GMT outside the Garrick’s Head pub, you’ll be taken through the city’s streets and learn more about its most well-known ghosts and gruesome characters.

On your tour, you’ll go past the Assembly Rooms, a historic 18th-century property where an apparition known as The Man in The Black Hat is said to go on frequent walks.

Meanwhile, the Royal Crescent – the city’s famous residential street of Georgian houses – is believed to be home to a ghostly figure of a beautiful singing woman. Take a stroll along here to see if you can see her!

The tour costs £7 for adults and £5 for concessions.

You’ll find several reputedly haunted places in Derby, something which is partially attributed to the numerous hangings that took place in the city up until the early 20th century.

One area you may be particularly inclined to visit is St Mary’s Bridge. On July 24th, 1588, three men were hung, drawn and quartered because of their Catholic faith and their remains were displayed on the bridge for residents to see. It is thought that the cries of the condemned men can be heard on the bridge on every anniversary of their death.

Agard Street – the location of a vicious murder in 1862 – is also said to be haunted, with both the ghosts of the killer Richard Thorley and his victim Eliza Morrow believed to have been spotted on numerous occasions.

To learn more about the city’s scariest places, book a tour with Derby Ghost Walks. Here, you will get the chance to stop by St Werburgh’s Church – the scene of a horrific murder in 1252 – as well as other sights. Adults will have to pay £21 and under-12s £18.

Booking with Haunted Liverpool Ghostwalks will give you an insight into some of Liverpool’s mysterious past as you are led through the city’s streets on excursions based on the work of paranormal researcher Tom Slemen. Starting from the allegedly-haunted Peter Kavanagh’s pub, you will be told stories of vampires, brutal murders and unsolved crimes.

The tour ends at St James’s Cemetery, located in the shadow of the city’s Anglican cathedral. As this is the final resting-place of some 57,000 souls, it could be the perfect place for amateur ghosthunters to visit!

Shiverpool also runs guided ghost trips, with prices varying depending on which one you book on. No matter where you go, you’ll uncover a number of spooky buildings and stories and the Childwall Abbey Hotel just outside the city center is said to be haunted by a 15th-century ghoul.

Canterbury is another great place for a ghost tour with many lost souls said to be haunting the city, so if you’re visiting Kent make sure you go on the Canterbury Ghost Tour. Run by John Hippisley, you will be able to find out about the numerous spirits to be found in the city, including those present at its iconic cathedral.

These include archbishop Thomas Becket, who was murdered in the building on December 29th, 1170 and you can still see the exact spot he was killed. Meanwhile, the ghost of another archbishop Simon Sudbury is said to roam the cathedral. Upon his murder in 1381 his body and head were buried separately, with both apparitions reported to have been spotted wandering around.

Other ghouls to be seen in the city include a bicycle-riding mayor and the spirit of a betrayed housekeeper in the Bishop’s Finger Inn, St Dunstan’s Street who poisoned her husband and his mistress upon discovering their affair.