Home arts and culture Do Y’all Remember? – The Volume Library 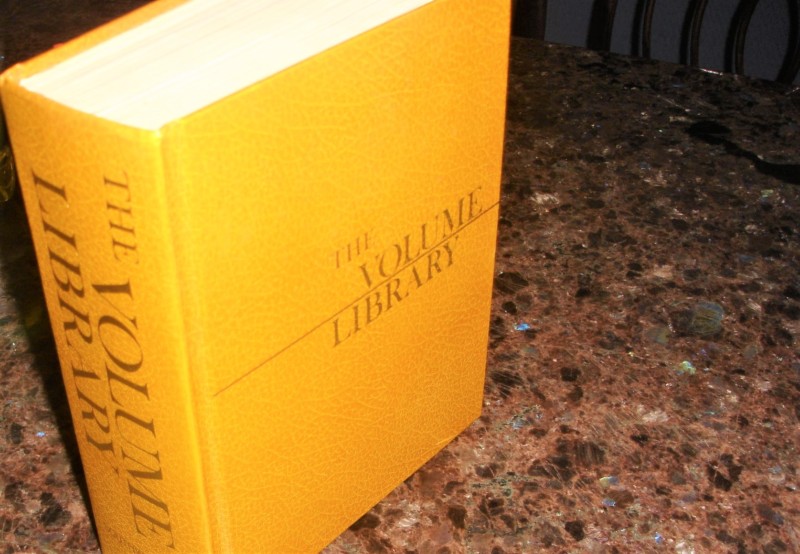 It was the 70’s. I was a relatively smart farm kid in Arkansas, always thirsting for more knowledge. That’s when the door-to-door salesman came down our dirt road with the largest book I had ever scene. The Volume Library.

At that time the Volume Library was being sold by Southwestern Company of Nashville, Tn. Southwestern still employs college kids to sell things door to door. It was 2,593 pages of 1970’s mustard yellow hardbound knowledge.

It had great pictures and illustrations. And it covered just about everything. I learned about law, meteorology, history and more from this almost 2 pound piece of wonderment. There was even a special atlas section for learning world travel.

The publication began in 1911 by W. E. Richardson of Chicago.

From 1963 the set was titled Cowles Comprehensive Encyclopedia – the Volume Library. Under Cowles the work was said to be “extensively revised and vastly improved”. In 1968 the title was changed again to Cowles Volume Library and was changed back to Volume Library in 1970, after having been acquired by the Southwestern Company of Nashville, Tennessee. It expanded to 2 volumes in 1985.

Do y’all remember The Volume Library?