Chester Thomas’ Allied Racing Stable’s Louisiana Derby (GII) winner By My Standards completed his penultimate work for the Kentucky Derby with a “strong” six-furlong move in 1:12.80 with jockey Gabriel Saez aboard.
Trained by Bret Calhoun, By My Standards began his work from the five-furlong pole and breezed through consistent fractions of :12.40, :24.40, :36.40, :48.60 and 1:00.20 before galloping out seven furlongs in 1:26, according to Churchill Downs Clocker John Nichols.
“That was about as good as you can get two weeks out from the race,” Calhoun said. “This horse is just hitting his best stride and I think that’s what we’ll see from him going into the Derby. I put the work off a little bit due to weather but (By My Standards) really showed his stuff this morning. I’m not taking a sigh of relief yet but I feel really pleased by the way he went this morning.”
By My Standards has never missed the board in 5 starts posting a 2-2-1 record and over $650,000 in earnings. He will be stalking the pace and is considered a long shot.
Special thanks to Jennie Rees of Kentucky HBPA
Largest Derby Party South of Louisville 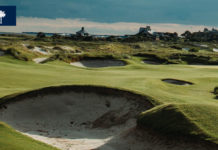 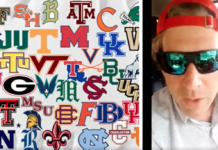 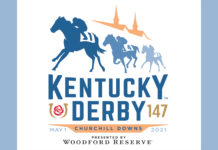