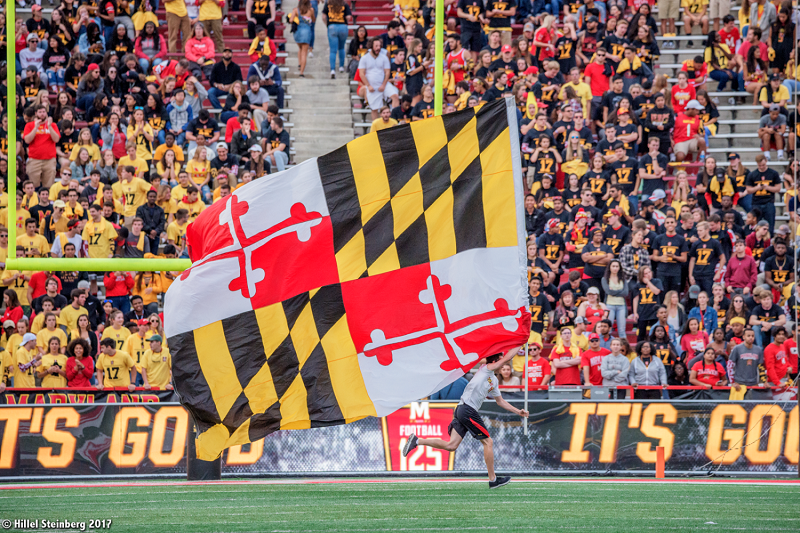 At the University of Maryland , football has a long tradition. The Terp Alley walk requires probably first an explanation of “What is a Terrapin?”

Testudo got his start back in 1932, when then-football coach Dr. H. Curley Byrd recommended that the Diamondback terrapin be made the school mascot. It is also the Maryland State Reptile. The suggestion was in response to The Diamondback’s (the school paper, even back then) search for a new “official” mascot. Before this search, Maryland teams were called the Old Liners. The terrapin, a turtle native to the Chesapeake Bay, seemed a great choice and a logical one coming from Byrd.  Why he is called Testudo is unknown, though there are many theories.

The Walk Down Terp Alley happens approximately two hours before kickoff at every home football game, fans join Testudo, the Spirit Squad and the Mighty Sound of Maryland as the football team walks through Terp Alley on its way to Maryland Stadium. Terp Alley starts as the team exits the bus at the Stadium Drive traffic circle and continues through the west gate of the stadium. (SOURCE)

When Billy Brewer became head football coach at Ole Miss in 1983, he was searching for a way to allow his team to experience the atmosphere and pageantry Rebel fans enjoyed in The Grove while tailgating on gameday. The Grove is a 10-acre grassy plot of ground in the center of campus which is heavily shaded by large oak trees.

Taking a different route two hours before kickoff each home game Saturday, Brewer would walk with the team from Kinard Hall, the athletic dormitory, across campus to Vaught-Hemingway Stadium.

In 1985, Brewer started going the same route each Saturday as the team would break The Grove on the east side of the Student Union and then proceed down a sidewalk which runs through The Grove. Ole Miss fans fight for position on both sides of the sidewalk and greet the players with loud cheers. The braver fans even reach out and touch the players as they pass before them. (SOURCE) 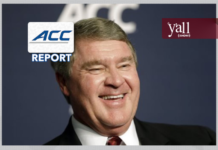 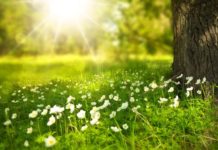 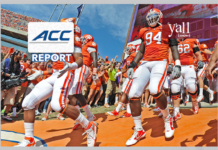