We all know everything is bigger in Texas, but, nuthin is bigger than football y’all. Here’s a look at the major college traditions in the great State of Texas.

The Baylor Line was founded in 1970 as a spirit organization for first-year male students. A year later, the Baylor Sideline was created as a parallel organization for women. Baylor Line members wore special t-shirts and cheered from a special section in the stands, often serving as a card section.

In the mid 1990s, the Line was reorganized into something much more like we see today — including virtually all Baylor freshmen (and eventually, transfers as well) who wear special jerseys (at first, alternating green and white each year, and now sticking with gold). Before each home Baylor football game, the students run across the field to form a human tunnel for the Baylor football team as it enters the field. Then they head to their special section in the stands, where the best seats in the house — directly behind the visitors’ bench — are reserved expressly for them.(SOURCE)

The Cougar Paw’s origin dates back to 1953. While traveling to Austin, Shasta’s front paw was caught in the cage door and one toe was severed. Prior to the game, several opposing players and fans noticed the injury and began taunting UH players by holding up their hands with the ring finger bent to their palm, suggesting the Cougars were weak opponents. The Cougar faithful, remembering the defeat 15 years later, utilized the hand sign in a 20-20 tie in 1968 and believed it played a major role in the contest. When UH entered the Southwest Conference in 1976, the Cougars defeated the Longhorns in Austin, 30-0, cementing the rally cry for Cougars worldwide. Tradition tells Cougar faithful the paw is extended on the right hand to demonstrate unity among the University of Houston community. (SOURCE)

SMU’s mascot is a lively black stallion Shetland pony, named Peruna after a lively Prohibition-era tonic that was said to pack quite a “kick.” Since 1932, the SMU Mustangs have been proudly represented by the spirited, feisty Peruna I (the original) through the current Peruna IX. When not appearing at Mustang events, Peruna runs free in a super top-secret location, even unknown to his loyal, energetic Peruna Handlers. (SOURCE)

At more than 100 years old, “Riff Ram” is rumored to be the oldest chant in the Southwest Conference, where we rose to popularity in the early days of intercollegiate sports. Riff, Ram, Bah, Zoo! (SOURCE)

During a late night visit to Austin, a group of Texas Aggie pranksters branded the University’s first longhorn mascot “13 – 0,” the score of a football game won by Texas A & M. In order to save face, UT students altered the brand to read “Bevo” by changing the “13” to a “B,” the “-” to an “E,” and inserting a “V” between the dash and the “0.” For years, Aggies have proudly touted the stunt as the reason the steer acquired his name. Well, that’s the legend, here is the truth.

On Jan. 2, 1922, the heavily outgunned Aggies were facing the top-ranked Centre College Praying Colonels on the gridiron in the Dixie Classic in Dallas. An Aggie by the name of E. King Gill, a squad player for Texas A&M’s football team, was up in the press box helping reporters identify players on the field below — and what was happening on the field wasn’t pretty.

The Aggies found themselves plagued by injuries, with their reserves seemingly dwindling with every play. As Texas A&M Coach Dana X. Bible looked across his rapidly emptying bench, he suddenly remembered Gill’s presence in the stands. Bible waved Gill down to the sideline and told him to suit up. Gill ran under the bleachers and put on the uniform of injured running back Heine Weir, who had been knocked out of the game in the first quarter.

Gill returned to the sideline, where he stood ready to play for the entirety of the game. When the last play was run, the Aggies found that they had pulled off one of the greatest upsets in college football history, winning the game 22-14.

And Gill remained standing, the only player left on the team’s bench. The 12th Man. (Source)

George Tate ’37 shocked football fans when he and a trusty palomino named Tony or Silver, depending on where you look, led the football team onto the football field then just as quickly fled the scene. Tate, whose identity was kept a secret, borrowed a pair of cowboy boots from his roommate and sported a scarlet satin cape made by the Home Economics Department. He had been coaxed by pals to sneak a horse from the Tech barn and to make the first appearance as the mysterious Red Raider. Tate was quoted in the Nov. 4, 1984, issue of The Dallas Morning News as saying that Arch Lamb, who was then the head yell leader of the Saddle Tramps, “dreamed up this Red Raider thing.” The prank was pulled a few more times that season but didn’t surface again until the 1950s, when another Tech student was approached about creating a mascot. (SOURCE) 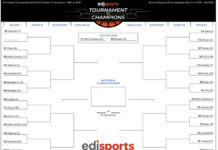 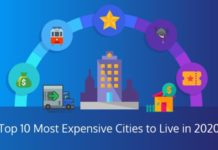 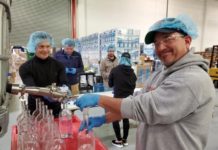