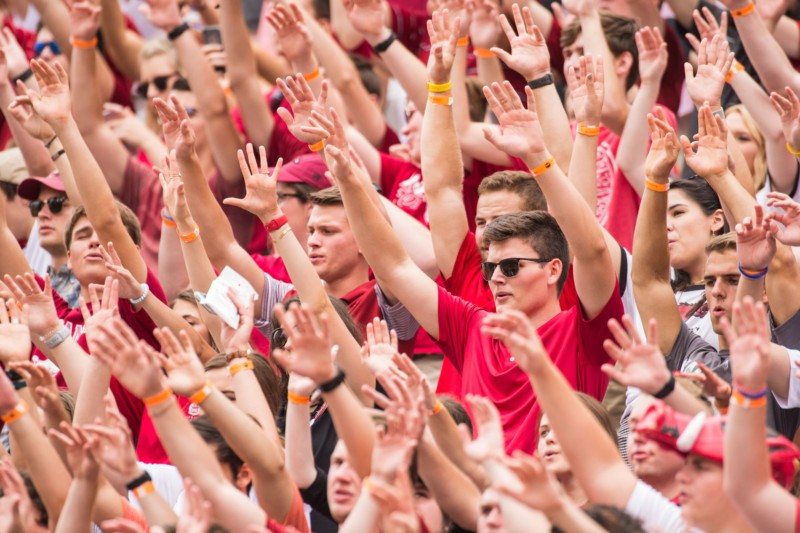 SOOOOOOOOOO PIG SOOOOIE RAZORBACKS!!!! It can be heard across the state of Arkansas every fall as rabid Razorback fans cheer on their Arkansas team.

Don’t Forget To Vote For Your Favorite College Tradition Here

The Hogs were originally cardinals, until 1909 when their head coach called his boys a “wild band of razorback hogs” after a win over LSU and it stuck.

Tusk IV, the hairy hog that attends all Razorback home football games, is a Russian boar, which closely resembles the wild hogs known as razorbacks native to the Arkansas wilderness. These razorbacks are tough and at times ill-tempered — animals whose fearlessness and doggedness were the inspiration for the Razorback nickname. (SOURCE)

Other Arkansas traditions include: : “Tusk,” playing games in Little Rock, running through the “A,” Hog hats, Maxine’s Tap Room. 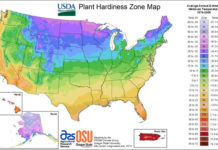 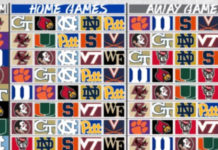 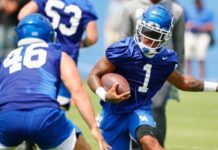