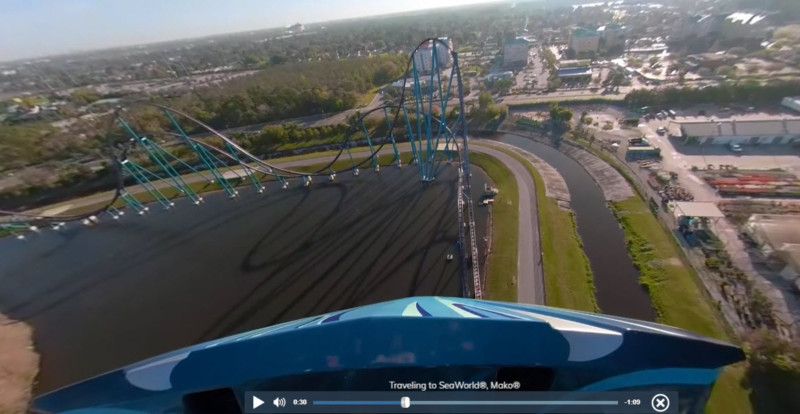 For travel-lovers stuck at home looking for a virtual positive break, Visit Orlando has compiled a list of 20-plus virtual thrills from the theme park capital of the world, including 360-degree online experiences, new Facebook Live broadcasts, live streamings of special films and YouTube videos.

“We recognize that now, more than ever, we all want to escape from reality, even if it’s just for a moment,” said George Aguel, President & CEO of Visit Orlando. “Whether you like floating down a lazy river in one of our resort pools or immersing yourself into The Wizarding World of Harry Potter, we hope these experiences provide a much-needed break from everyday life.”

From the comfort of their home, “virtual visitors” can now soar down a 200-ft. roller coaster drop, watch fireworks over the famous Cinderella Castle, zipline over alligators and even learn from experts how to draw Mickey Mouse, all aggregated on Visit Orlando’s blog, VisitOrlando.com/blog.

Experience All of Orlando

Even More of the Theme Parks

Dallas Quarantine Is Quite Puzzling