Mother Nature is opening 2020 with a bang. Severe storms are likely. Tornadoes for many are also a likelihood. Heavy snows in Missouri and heavy rains ahead and with they system will cause flash flooding and possible river flooding for many.

Lots of different elements here with Winter Storm Isaiah, but, pretty much everyone in the South is going to be affected. This is a VERY dangerous January storm, and folks in areas like Houston, Little Rock, Memphis, Nashville, Jackson, Shreveport, Birmingham, and Atlanta should be severe weather aware by Friday afternoon. OKC, KC, and St. Louis need to be on alert for flooding followed by ice, before changing to all snow. KC could see 5″-8″. By Sunday the Carolinas will be getting hit by Severe weather.

Complicating the severe weather will be, for many in the high risk area, the tornado risk will come at night. Especially Friday night to early Saturday morning.

This is a good time to check batteries. NOAA Weather radio, flashlights, portable phone chargers, etc. This storm has been predicted since Monday, and will be extremely dangerous for this time of year.

Here is the breakdown for Friday- Saturday from the NOAA Storm Prediction Center. We will update again in the morning, and as needed over the weekend. 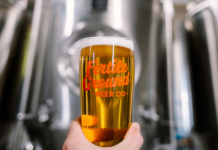