Carrie Underwood is set to release her first-ever Christmas album.  Titled My Gift, it will arrive on Sept. 25.  “I’ve always wanted to make a Christmas album and it’s been a long time coming,” Underwood said in a press statement. On July 20, Carrie posted a trailer for the upcoming album. In the trailer, she says, “”This year, it was just kind of on my heart to do this Christmas album. I just felt like this was such a fitting time, kind of feel like it’s a more perfect time than ever to record an album like this,” as scenes of the singer recording the album play. Watch the trailer here: https://www.youtube.com/watch?v=1i_IyxnOvs4&feature=youtu.be

Although Carrie has previously recorded several Christmas songs in the past, My Gift is her first full-length holiday album.  It will feature a combination of traditional favorites celebrating her faith and the spiritual nature of the holiday, as well as original material. More details at https://www.carrieunderwoodofficial.com/

Whisperin’ Bill Anderson is the sole songwriter in history to write and chart country songs in seven consecutive decades. His storied career includes membership into country music’s most prestigious institutions. Anderson will release his 73rd album, The Hits Re-Imagined, July 24. The album includes 10 of the Country Music Hall of Famer’s most iconic songs he’s written and recorded himself, as well as songs of his made famous by George Strait, Brad Paisley, Kenny Chesney and more. In addition to these fresh, re-imagined hits, the album includes instrumental versions of each track.

For The Hits Re-Imagined, Anderson explains he wanted “to go to both ends of the spectrum,” including on the project some of his earliest hits like “City Lights” and “Po’ Folks” as well as his more contemporary cuts such as “Whiskey Lullaby.” The project was co-produced by Anderson with Thomm Jutz.

Fans who pre-order the new album through July can get a free fan club laminate.  Details at https://billanderson.com/

QUESTION: Name the female artist whose first No. 1 on the Billboard Hot Country Songs chart was titled “Any Man of Mine.”

Tucker Beathard is set to release the second installment of his debut double album, King, on August 21 (Warner Music Nashville) and it is available to pre-order now.

Beathard says the new LP is “driven by personal growth and unthinkable tragedy.” It rounds out the 20-plus song opus Beathard began with Nobody’s Everything.  King, a tribute to the middle name of Beathard’s late brother, Clay, sees Beathard as co-producer, co-writer and lead guitar and drum credits throughout the 13-song set.

“For me music has always been a way to escape,” explains Beathard. “There’s a lot of things people are dealing with internally that they don’t have voices for right now, and I’ve learned that if I write from the heart, if I sing from experience, I can be that voice. Some people can’t pinpoint what they’re feeling, but they can hear a song and be like ‘Damn, that’s it,’ and I hope I can help them get there with this record. These songs mean a lot to me and I feel really ready to share them with the world.” More at https://www.tuckerbeathard.com/king

The EP’s title is inspired by his late father, James Allen, and grandmother, Bettie Snead, who passed away in September 2019 and February 2014, respectively. Allen co-produced the project alongside Ash Bowers.

Of the artists collaborating on the EP, Allen said, “Each artist has touched the life of my dad, my grandmother and me through their music. I’m proud of this body of music and thankful to every writer that helped me create Bettie James.” Music, tour updates and more at https://www.jimmieallenmusic.com/

A new No. 1 on the Country Airplay charts for week ending July 19: Sam Hunt’s “Hard To Forget” co-written with Ashley Gorley, Luke Laird, Shane McAnally and Josh Osborne – one heck of a great writing lineup!

“Hard To Forget” is Hunt’s seventh Airplay chart No. 1 and follows “Kinfolks” (also hitting No. 1 in February); both cuts are from Southside, his second album. And it’s hard to forget (ahem) Hunt’s earlier song, “Body Like a Back Road,” also from Southside, that topped Country Airplay in 2017 and hung onto the top spot on the Billboard Hot Country Songs chart for a then-record 34 weeks.

Moving on to the Billboard Hot Country Songs chart, Gabby Barrett rises to the No. 1 spot with “I Hope.”  The song marks the first time a female has topped the Hot Country Songs chart with a debut single since 2006, when Carrie Underwood took her first ‘proper’ country single to No. 1 with “Jesus Take the Wheel.”  Both Gabby and Carrie found national attention from appearances on American Idol: Carrie won in 2005 and Gabby came third in 2018.

“I Hope” spent a record-setting sixty-four weeks on the Hot Country Songs chart on its journey to the No. 1 spot.

Harris is also the author of “I Know Country” with 366 daily country music questions and answers. You can buy and instantly download your e-book copy at www.IKnowCountry.com. 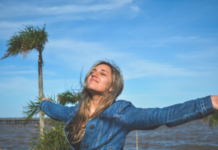 How A Healthier Lifestyle Can Lead To Happiness