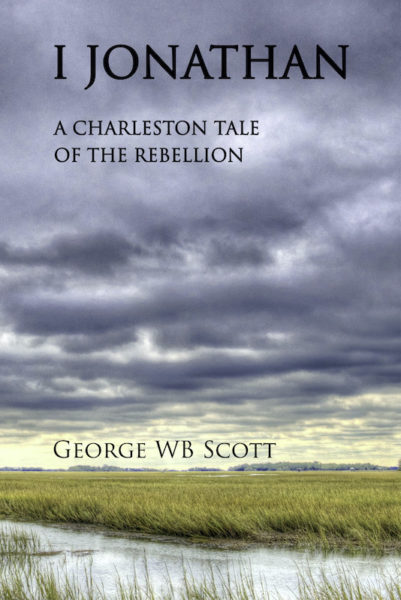 First-time novelist George WB Scott offers a thrilling glimpse of Civil War Charleston through the eyes of a newcomer from Boston.

Readers join the main character of “I Jonathan, A Charleston Tale of the Rebellion” on his journey as a young man from Boston to Paris, marooned in Charleston, a city preparing for war. Scott’s novel shows Civil War Charleston and arguments of a wealthy, cosmopolitan community readying to fight a nation superior in manpower and arms.

“I wanted to tell a personal story built on the framework of history,” says Scott. “The real story is Charleston’s challenges and experience in the war.

“The book is pro-South, but not pro-Confederate. It’s anti-war and anti-slavery. I wanted to go beyond stock characters and themes. I hope this encourages readers to reflect on a people who lived through a fundamental change of their society.”

Readers follow Jonathan’s coming of age, as he struggles with his commitment to his country, his personal relationships and his own sense of honor.

Scott, a video producer in Knoxville, Tenn., has visited the Low Country many times. He has studied its culture, food, social relations, African American and Jewish history, music of the period, and even his own ancestry. “I discovered my great-great grandfather on my mother’s side served at the Battle of Secessionville just outside Charleston.”

The storyline begins before the attack on Fort Sumter, through the fall of Battery Wagner and beyond the war’s end. Story themes include free Blacks and slaves, arguments for and against the war, and emigrant communities of Germans and Irish in the city.

“The segment on the blockade runner was crafted with passion and intensity and attention to detail. Great description of action,” says Steve Dean of the Civil War Round Table of Knoxville and Emmy award-winning video producer of WBIR’s “The Heartland Series.”

“Scott’s novel offers a spellbinding glimpse into Civil War Charleston…I did enjoy it!!” said Caroline E. Janney, John L. Nau III Professor in the History of the American Civil War at the University of Virginia and author of “Remembering the Civil War: Reunion and the Limits of Reconciliation.”

Paperbacks are published Oct. 3, 2020: Available at Itasca Books, online, as e-book, and wherever books are sold.