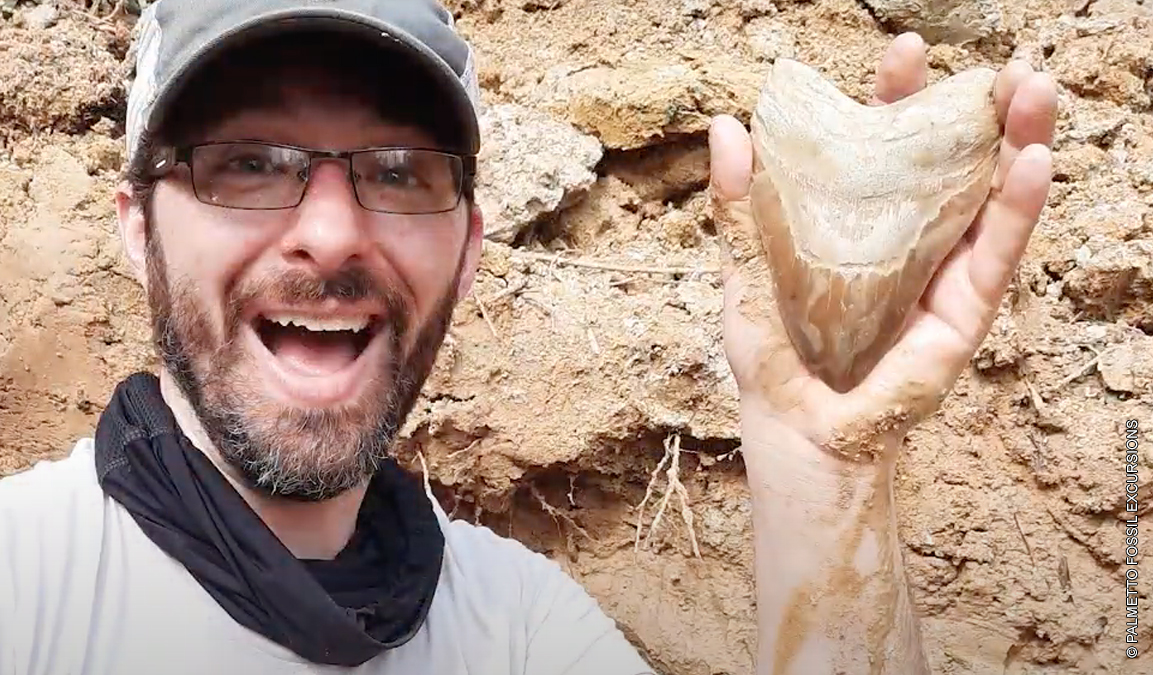 Basak, who guides fossil hunts for Palmetto Fossil Excursions, told ABC News 4 in Charleston (S.C.) that he noticed a promising surface layer within the ditch. After discovering a normal-sized tooth within the ditch, he continued digging in the mud before hitting the jackpot of fossil finds.

The Megalodon tooth he discovered weighed in at three pounds, though it is not the largest in the Palmetto State – with that record being 6.5-inches.

Megalodons were gigantic prehistoric sharks that dwarf today’s Great Whites, reaching lengths of 40 feet with the biggest exceeding 60 feet. Paleontologists and shark experts suggest a ratio of 10 feet of body length per one inch of tooth, meaning Basak’s tooth belonged to a particularly massive shark. Megalodons died out 3.6 million years ago, and because shark skeletons are made of cartilage, they decompose faster and leave fewer fossilized remains outside of teeth.

The soil of South Carolina’s coastal plain, having once been covered in water, is ripe with fossils. In October 2020, researchers believed they had uncovered a Megalodon nursery within the state after uncovering an abundance of smaller Megalodon teeth in the area, where younger sharks would be safe before growing to gargantuan proportions.