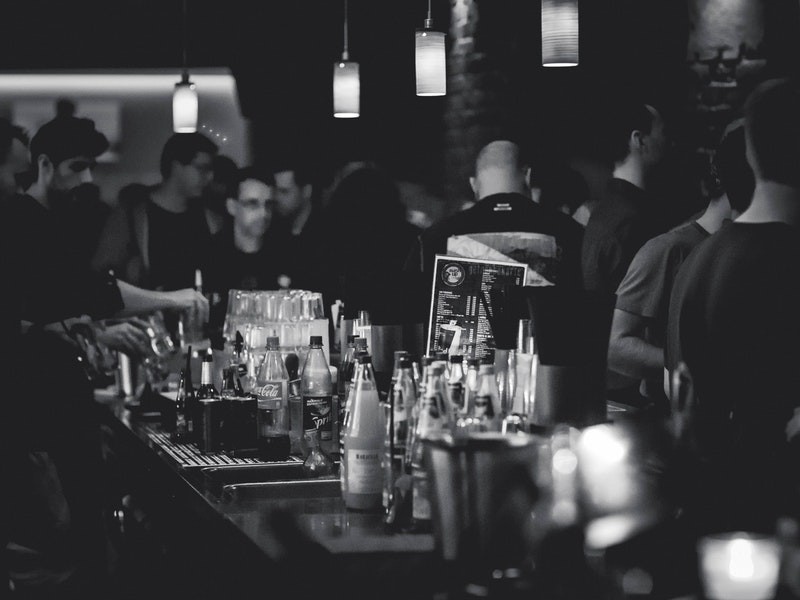 I knew it was about time for me to receive that automated email that I get every year on January 15. Every year for at least ten years or so, I get a reminder of my good friend’s birthday which is one week away on the 22nd. Every year he would ask me to make him a pan of lasagna for his birthday. Understandable because my lasagna is damned good. Really legendary. I haven’t made it in quite a while and I should make a pan next week in honor of Brian. I’ll wake up and check Facebook on the morning of the 22nd and again be reminded that it’s Brian’s birthday, and his Facebook page will fill throughout the day with happy birthday wishes from his motley crew of friends. Birthday greetings to someone who has been gone from this world for five years. Birthday greetings to someone who died far too young. Brian left no wife or children behind, but he left scores of friends that he had made through bartending at the same place for some eighteen years. Who knows what stories he took with him to his grave?

During one particularly difficult stretch of our lives during those 18 years, I found myself hanging out in his bar probably more than I should have. It became a haven of sorts for a lot of people who became friends. We referred to our regular night there as “Prayer Meeting”, and we would unwind and create inside jokes that have outlived their usefulness. Sometimes, one of us would have a need to drive another one of us home that evening, and those times were never to be spoken of again. We run into each other occasionally now and always manage to circumnavigate the real issues of our lives by sharing our shared memories of Brian. For a lot of us, Brian is our only common denominator. Most of us still frequent this bar from time to time, but it isn’t the same without Brian.

Brian would often talk about what he really wanted to do with his life, and it wasn’t bartending. He could see himself working at the local Verizon or AT&T store as a sales associate. He actually would have been excellent at it because he was so comfortable talking with people and because he had demonstrated his tech skills by setting up all of our phones and installing all of the latest apps for us. He also aspired to be a liquor distributing rep. He knew many of the reps in the area already since he worked in the field; he knew the products and he loved meeting people. He could envision himself making a lot of money on commissions selling alcohol to places that sell alcohol. Instead, after eighteen years at “our” bar, Brian moved to Nashville and continued bartending until we all got the news of his massive heart attack on that August day.

Facebook seems to be proof of eternal life. I’ve been on FB a long time. No telling how many hours I have spent living vicariously through my Facebook friends. I’ve followed friends on African safaris and trips to the Galapagos Islands. I’ve seen the Great Wall of China and I’ve seen the inside of a temple in Tibet. I’ve vicariously tagged along on beach trips, ski trips, weekends at the river, on cruises and Grecian holidays. I’ve seen weddings and anniversaries celebrated, births and graduations lauded. I’ve seen break-ups played out in tense, drama filled moments and break-downs managed with unexpected grace. Facebook is a forum for the human story, in all of its pleasures and victories and in all of its sorrows and heart aches. I’m sure that if you had the time and the energy, you could weave a story that would match or exceed Homer’s Odyssey based upon Facebook posts of your own and those of your friends. Brian, like one of the ancient Greek gods, lives on, seemingly immortal 5 years after his tragic and sudden death through his still-active Facebook account and his automated birthday reminders that are delivered on January 15, reminding all of his friends that his birthday is only one week away. Life eternal through Facebook. I think I’ll go have a margarita in the bar where I knew him.

Sheila Arnold is a retired educator who currently works as the coordinator for the Writing Center at the University of Memphis, Lambuth Campus in Jackson, Tennessee where she lives with her husband, Bobby. She and Bobby have a daughter, Abby who is a professor at Jackson State Community College and a son, John who is an attorney in Nashville. Much of her time is devoted to her six grandchildren, yet she makes time to volunteer in her community to promote literacy, to support the arts, and to improve the livability of her community. Growing up in rural West Tennessee, she writes to guard the lore, the legends and the traditions of generations past and present and to bring her rich, rural roots to life.