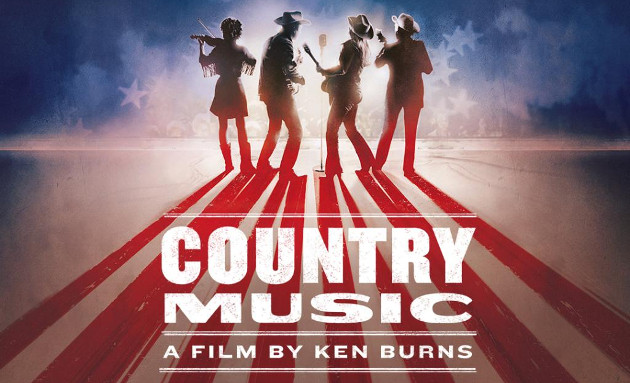 The 2019 Nashville Songwriter Awards were held Tuesday, September 17 at the Ryman Auditorium in Nashville.  These are the awards that recognize the real stars of Country music: the songwriters! (“The girls and boys who make the noise on Sixteenth Avenue”!)

Two special awards were announced: Loretta Lynn received the Kris Kristofferson Lifetime Achievement Award and George Strait received the NSAI President’s Keystone Award.  Other awards given out that evening included Songwriter-Artist of the Year and Songwriter of the Year.

Buddy Jewell debuted his stirring version of “The Night They Drove Old Dixie Down” on the 50th anniversary of the original release of the famed song. Written by Robbie Robinson and released by The Band in 1969, Jewell performed his rendition on his weekly Facebook Live show called Tuesday’s Tune on September 17.

Jewell’s version of “The Night They Drove Old Dixie Down” is a part of a new full-length bluegrass CD in the making titled Bluebonnet Highway produced by renowned Nashville musician, vocalist and producer Mitchell Brown. The new project includes a collection of tunes from legends like Ed Bruce and Lester Flatt to Buddy Jewell’s originals and is set for an early 2020 release. Tour info at http://buddyjewell.com/tour

What kind of serious accident did Charley Pride and his band survive in August 1980 while in their way to a concert in Dallas?

Jason Aldean’s new album, titled 9, will be released November 22 and is available for pre-order at all digital retailers. And fans can now access not one but FOUR new Aldean songs at https://jasonaldean.lnk.to/NINE

“Early on I always thought if we ever got to make nine albums, I’m going to call it ‘9.’ It was my baseball number growing up, and it’s just kind of always been my lucky number,” explains Aldean. “I remember cutting the first album and thinking ‘that’s forever away,’ and now here we are. I don’t know, it’s really special we made it this far – so, it’s more for me than anybody else – but, it means a lot.”

Aldean also announced the first dates for his upcoming We Back Tour, kicking off in January.  Check out his website for tour updates.

With Ken Burns’ new documentary, Country Music, airing on PBS stations (and streaming), The Nashville Tennessean published “100 Years of Country Music” on Sunday, listing 100 momentous events, one for each year, starting with the birth of Kitty Wells in 2019 and marking 2019 with Kacey Musgraves winning a Grammy for Album of the Year with Golden Hour.

The Tennessean also listed its ‘100 Of The All-Time Greatest Country Songs.’  Whenever you make a ‘Best Of’ list, you risk the anger of fans who are adamant you left out their favorite song.  The Tennessean played it safe by NOT ranking them from 1 to 100, simply listing 100 great Country songs from the last 100 years and only ONE song per artist or group.  You can search for both lists at https://www.tennessean.com/

If you’re a fan of Southern Rock, here’s some good news: The Marshall Tucker Band (MTB) continues to “Take the Highway” as the band pummels the live concert trail on its 2019 “Through Hell & High Water… and Back” tour. Currently in its 47th year on the road, the band recently added 36 concert dates to its extensive cross-country trek.  “We cherish all of these years of performing, smiling and laughing with the fans,” says MTB lead singer and founding member Doug Gray. “I so look forward to being with my great bandmates and crew for all of these upcoming shows. I live for this, and our loyal fans have never let us down.”  The Marshall Tucker Band was founded in Spartanburg, SC. Thanks to hits like “Can’t You See,” “Heard It In A Love Song,” “Fire On The Mountain,” and “24 Hours At A Time,” the 5x Gold, 3x Platinum-selling Southern Rock group has sold millions of albums worldwide. Tour updates at https://www.marshalltucker.com/

A mid-air collision. The airplane carrying Charley and his band was struck by a small Cessna. Both occupants of that plane were killed, but nobody on Charley’s plane was injured. The went on to perform as scheduled … for an audience of 660 nuns.

Sept. 18, 1980  Johnny Lee was No. 1 on Billboard Country Singles chart with “Lookin’ For Love” that was on the soundtrack of the movie “Urban Cowboy.”

Sept. 18, 2013  Dwight Yoakam received the Artist of the Year Award from the American Music Association during their annual Awards show in Nashville.