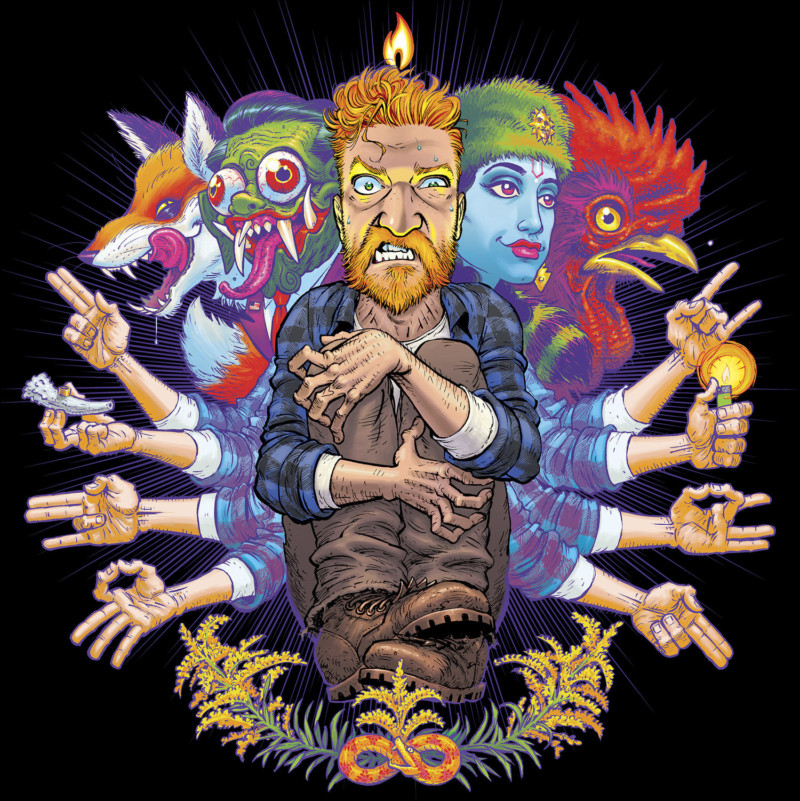 Two No. 1 parties in one day!  First it was Brett Eldridge celebrating with co-writers Heather Morgan and Ross Copperman at BMI for Brett’s song “Love Someone.”  It’s a winning team: this was the THIRD No. 1 they have written together. …

Then we scooted over to Ole Red (of course!) to toast the writers of Blake Shelton’s No. 1 hit, “God’s Country.” The song was written by Devin Dawson, Hardy and Jordan Schmidt – and was the first song they have written together, although they are all experienced writers. It was recognized for setting a number of “fast firsts.”  It was written and demo’d on a Thursday, sent to Blake of the weekend who recorded the song on a Monday. It was also one of the fastest songs to go from being written to being No. 1.  It also achieved ‘Platinum’ status in record time.  “God’s Country” will be the first song on Blake’s (as yet un-named) next album.

Luke Combs is no longer atop the Billboard Country Album charts, after 44 weeks in that position.  The new No. 1 Country album (for the week beginning Aug 17) is Country Squire from Tyler Childers.  The album had a fast climb: this is only its second week on the chart.  28-year-old Childers (from Lawrence County, KY) is not a well-known name to most country music fans but this album – a blend of country, Americana, Bluegrass and folk – has taken off like a house on fire.  And the album’s first single is (appropriately) titled “House Fire.”  The official music video for “House Fire” on YouTube has already chalked up over one million views, and features a couple dancing a sort of country ballet [!] to the song. See Tyler’s website https://tylerchildersmusic.com/home for music and tour updates – including a LOT of overseas dates.  And check out the really cool album cover for Country Squire.

“Good Directions” is a song written by Luke Bryan and Rachel Thibodeau. But can you name the artist that recorded the song and took it to Number One on the Billboard Hot Country Songs chart for three weeks in 2007?

Holly Williams posted a reminder that her dad, Hank Williams Jr., took an almost fatal fall, 44 years ago.  Hank fell 500 feet from the top of Ajax Mountain in Montana. She wrote that: “he stepped on a snowdrift and went straight down, flopping around like a test dummy until he landed head first on a boulder.  His brain came out and later the doctors said the only reason he didn’t die of infection from that injury was that this happened in such a pure spot, and the snow was completely clean.”  The serious facial injuries are what led to Hank’s now-trademark beard, hat and sunglasses.

Maddie & Tae’s “Die From a Broken” has now topped more than 50 million streams.  They have now released a full music video of the song that you can find at YouTube that has already racked up nearly 900,000 views.  There’s also an official ‘lyric video’ at YouTube with almost 6,400,000 views. Maddie & Tae are out on the road: August 15 in Augusta, Ga.; August 16 in Fort Stewart, Ga.; August 17 in Fort Rucker, Ala. Find the latest tour updates at MaddieandTae.com.

A couple of notable releases this week…  Crystal Gayle has digitally released “Ribbon of Darkness,” available on the usual digital outlets. If it sounds familiar, it’s because it was written by Gordon Lightfoot and was previously recorded by both Connie Smith and Marty Robbins. Crystal says it was the first song she ever sang at the Grand Ole Opry, and it’s the lead single from her next album, You Don’t Know Me, due out September 06. … Miranda Lambert has released “Mess With My Head,” the third single from her upcoming as-yet untitled album.  It will be Miranda’s seventh studio album.

This week’s Billboard Country Airplay Chart (for week of Aug 17, 2019)

Billy Currington was the artist who scored a Gold Record with that No. 1 hit.  Luke Bryan recorded his own version and included it as a bonus track on his debut album, I’ll Stay Me.

Aug. 14, 1976   The No. 1 Country album was Waylon Jennings’ Are You Ready For The Country. It was an album of Jennings’ covers of pop and rock songs.