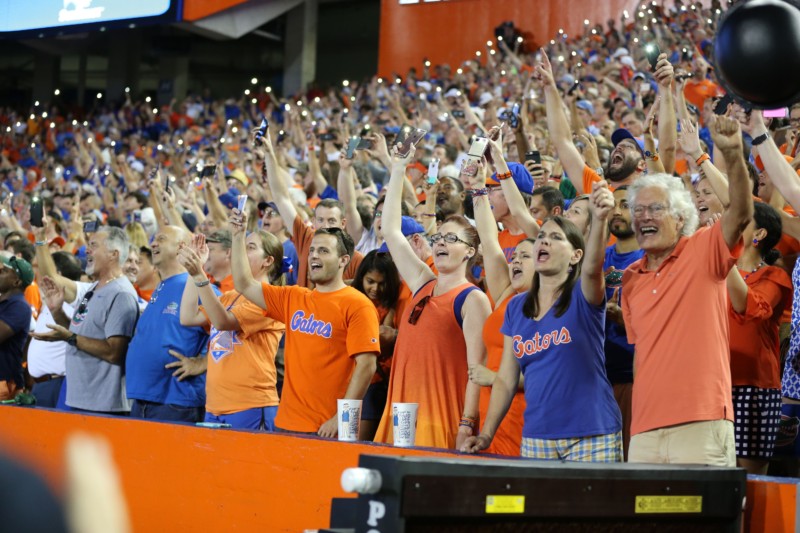 Gators, Bulls, Knights, ‘Canes and ‘Noles roam the Florida sidelines from coast to coast each fall.

With many different early name suggestions, the “Golden Brahman” was selected as the official mascot of USF in November 1962. Students reasoned that, since Florida was a cattle-raising state like Texas, USF needed a mascot comparable to the Texas Longhorns mascot. In the late 1980s, the mascot evolved into the “Bulls.” (SOURCE)

Other Traditions: “Rocky,” USF Sun Dolls, SuperBull, Green and Gold Guys, Charlie Strong, War On I-4, No. 2 ranking during 2007 season

The UCF logo was officially unveiled by President Charles Millican on April 5, 1968, from a design by Jim Shattuck and Norman VanMeter. Over 50 proposals were considered during the process. The Pegasus was chosen for its distinctiveness and symbolizes the university’s vision of limitless possibilities. The other choice: Vinny the Vulture who was previously the unofficial campus mascot. (Source)

The tradition was born on Sept. 16, 1978, when a student, portraying the famous Seminole warrior Osceola, led the football team from the tunnel riding a horse as the Seminoles headed into battle against Oklahoma State. The first student to portray Osceola was Jim Kidder riding Renegade I. Since then, six different Renegades and 16 different riders have made the ride and planted the spear, which brings the game day crowd to its feet. In 2018, the tradition of Osceola and Renegade is celebrating 40 years as the 17th Osceola takes to the field aboard Renegade. (SOURCE)

The Swamp (pictured above)

In 1930, UF President John J. Tigert selected the location for the school’s football stadium and described the area as a “swampy depression.” 60 years later, The Old Ball Coach Steve Spurrier ,taking a line from a Charlie Daniels song, said “The Swamp is the only place where Gators get out alive” and “The Swamp ” was so named. So the many stories go. 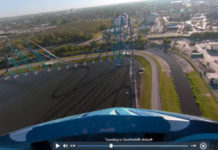 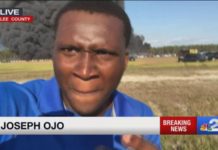