New Orleans is one of the most popular destinations in the U.S., perfect for both business and leisure travellers. Some visitors see it as an anything goes, party-oriented city; others visit to take in the city’s gorgeous architecture and rich history, which spans more than 300 years.

No matter the reason for your visit, it behooves you to get to know a little about the Big Easy before you take to its lively streets — New Orleans is much more complex than you could ever imagine. Here are five lessons about NOLA for the savvy traveller.

Bourbon Street Is Not Where It’s At

Bourbon Street is often near the top of every visitor’s New Orleans bucket list, but it really shouldn’t be. In fact, you could skip Bourbon altogether and won’t feel as though you missed anything.

By day, Bourbon Street is somewhat innocuous — lined with forgettable clubs, tacky gift shops, and daiquiri bars. At night, it transforms into the hotbed of debauchery that made it famous. But the music consists mostly of cover bands, the drinks are overpriced, and the stench emanating from the street’s sticky asphalt gets more pungent as the night wears on.

The City is Saturated With Beads

One of the biggest misconceptions about Mardi Gras is the idea that you have to expose your breasts or other body parts to get beads. Fortunately, this is completely false. If you’re excited about picking up some cheap plastic beads while in NOLA, you’re in luck even if it’s not Mardi Gras season — they’re everywhere!

You can purchase a single strand of beads from any number of strangers walking along French Quarter streets, peddling beads for a $1 donation. Or, buy in bulk at pretty much any shop, from Jesters on Decatur Street to the Walmart on Tchoupitoulas.

A veritable pedestrian paradise, New Orleans is best seen on foot. In fact, several areas of the city are made for walking — sections of Bourbon and Royal Streets are closed to vehicle traffic on a daily or nightly basis.

It is widely believed that walking is the best way to see a city. Being a pedestrian in New Orleans gives you a wider array of diverse experiences, from trying new foods to immersing yourself in local customs and culture. And you’ll find that the people-watching in New Orleans is world-class.

People watching is so interesting here that locals sometimes take part in what is called “stoop sitting.” The practice of stoop sitting involves picking up an alcoholic beverage or two from a corner store, finding an empty front porch stoop in the French Quarter or adjacent Marigny, and watching the people go by.

That being said, New Orleans does have somewhat high crime rates, but the French Quarter itself is actually safer, statistically speaking, than 72 percent of cities in Louisiana. Just make sure to travel in groups whenever possible after the sun sets, and use common sense when walking around.

One of Airbnb’s secrets to success is the idea that staying at an Airbnb means you’ll get to live like a local. Airbnb promises a fun, authentic experience, no matter the city. But in New Orleans, Airbnb is blamed for a variety of problems, including the lack of affordable housing. An Airbnb stay is seen as almost the opposite of “living like a local.”

Many locals resent the influx of short-term rentals that have popped up in their historic city in recent years. According to many New Orleans residents, Airbnb is fueling the gentrification of the city and contributing to a housing shortage in formerly working-class neighborhoods near the French Quarter.

Your best bet is to find accommodations at one of the city’s historic hotels, or a cozy bed and breakfast.

Unless it’s in a song, of course. In most songs about the revered city, “New Orleans” is pronounced “New Or-leens,” possibly because it’s easier to rhyme than the correct pronunciation.

But many visitors mistakenly believe that locals refer to the city as “Nawlins,” and that’s simply not the case. You’re sure to stand out as a tourist if you mispronounce “New Orleans.” While this distinction seems small, locals will appreciate the fact that you respect their city enough to pronounce its name correctly.

New Orleans is an exciting, year-round destination that’s perfect for the luxury and budget traveler alike. And no matter what you think you know about the famous city, drop those expectations before your flight lands, and get ready for an unforgettable New Orleans experience. 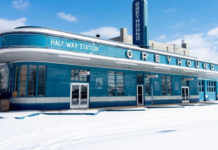