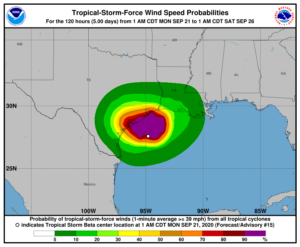 Beta is slow moving and flooding is a real threat to parts of Texas and Louisiana.. From the National Hurricane Center: